Need an Organ Transplant? No Religious Exemptions from COVID Mandates 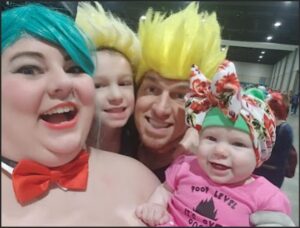 During an annual consultation with the University of Virginia organ transplant team in January, Shamgar Connors met with a social worker as part of a “psychosocial assessment.” The 42-year-old Stafford County resident, who was undergoing kidney dialysis 12 hours a day, was on the waiting list for a donor kidney. Hospital policy required him to get vaccinated for COVID. If he refused, he would be taken off the wait list. According to the progress notes recorded by the social worker, he stated he was “never going to take” the vaccine.

UVa Health referred Connors to a nephrologist, Dr. Karen Warburton, whose conversation I recounted in the previous installment of this series. According to her notes, she found him difficult to converse with on the phone. “He demonstrated hostility and a very closed approach to discussion around this issue,” she wrote. I listened to the recording, and I would describe his attitude as terse and defensive — not surprising, given that he’d been told he’d be taken off the wait list — but not hostile. Be that as it may, Warburton went on to write:

He first cited concerns based on his research of the science, then tried to claim a religious exemption…. I would want to explore his candidacy from a psychosocial standpoint with our Transplant Social Work team before we activate him on the list, even if/when he is medically ready.

Transplant surgeons have reasonable grounds (even if the science is conflicting  and continually evolving) for asking patients to get vaccinated. Donor kidneys are in short supply, dialysis patients are dying every day because they can’t get them, and doctors want to ensure that those who do get them have the greatest possible odds of long-term (10-year) survival, which runs roughly 50%. COVID vaccinations, they say, improve those odds. But should the vaccinations be required for every patient regardless of circumstances?

It is evident from her memo that Warburton did not give much weight to Connors’ religious-exemption argument. Americans with fundamentalist Christian views are a distinct minority in the United States — but a not-insubstantial one. A seemingly irreducible segment of the population refuses to get vaccinated — maybe 10% to 15% — and many cite religious reasons. As an atheist I share none of their theological views. But I do worry about a society that compels people to sacrifice their beliefs as a condition of receiving medical treatment.

During our interview, Connors did not delve into his religious views in any depth. But he sent me a document: a form his wife Lauren filled out to obtain a COVID-vaccination exemption from her employer, Mary Washington Healthcare, in which she explained her thinking. I present her views not because I share them, which I don’t, but to show that they are sincere, heartfelt, and the product of considerable reflection.

In the application, Ms. Connors conceded that she had accepted vaccines in the past. But she was an infant or young child and had no choice in the matter, and then as an adult she did so under compulsion. When Mary Washington Hospital mandated a vaccine in 2020 under the threat of termination, she wrote, she complied because she was not aware she had the right to file a religious exemption. “The fearmongering and pressures placed on staff terrified me, as I am the sole provider for my household and my children. I feared that I would not be able to provide for them if I didn’t follow the mandate.”

She was raised in the Christian Church, attended a Christian school, and attended church every Sunday when possible. She links the COVID vaccines to research using stem cell lines derived from the tissues of aborted fetuses. In her theology, abortion is a sin. Those who profit from infants murdered in the womb, she says, “are damned, and those who partake in something that is created from death and sin will also be damned. I refuse to take something into my body that is the creation of those poor innocent souls butchered in the womb.”

In support of her beliefs, she quotes several passages from the Old Testament. One of them is Psalms 139: 13-16.

For you formed my inward parts; you knitted me together in my mother’s womb. I praise you, for I am fearfully and wonderfully made. Wonderful are your works; my soul knows it very well.

Ms. Connors works on the cancer and hospice/palliative care unit as a nurse. “I chose hospice and oncology as my calling as a direct caregiver to give comfort to those suffering from one of the worst diseases to plague humanity and to give peace to those at the end of their days and comfort to the families left behind,” she wrote. “I pray daily for those suffering and I pray for the inspiration to be able to give the best care and comfort I am able…. My family and I pray at home every meal, we pray at night before bedtime and we all follow 2 Timothy 4:2 which states Preach the word of God. Be prepared whether the time is favorable or not.'”

Her step-son is named Jonah, after the Jonah of swallowed-by-a-whale fame. Her daughter is named Elianah, which in Hebrew means, “My Lord has answered me.” “We were inspired to name her Elianah because we struggled with fertility and I prayed every single day so many times a day to be blessed with a child, and finally after years my prayers were answered.”

“This is how serious I take my faith that I am willing to be fired (even though its blatant discrimination and you are blatantly violating my rights),” she wrote, addressing the hospital.

Connors is filling out the paperwork for treatment at Inova in Northern Virginia or VCU Health in Richmond, but his doctor tells him their policies probably are the same. As one who has been a Christian all his life, he’s not about to abandon his principles. “I’m going to keep riding out with what God wants me to do,” he says. “I enjoy fighting for my rights.”