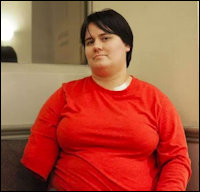 Kara Murdock, 28, lost her right hand and forearm five years ago due to a blood clot, and she has been trying without success to get a prosthetic. Her health plan turned her down when she was covered by her parents’ insurance, and now that she’s on Medicaid under the Medicaid-expansion program, she wants to make sure that her new coverage will include prosthetic devices. So reports The Virginia Mercury in an article about proposed legislation to require all health plans operating in Virginia, including Medicaid, to cover prosthetics.

Murdock’s case is a tragic one — read the story for painful details — and I have no doubt that legislators will be moved by her plight. A bill to mandate prosthetics coverage has been forwarded to the Health Insurance reform Commission, where all new mandates must be studied before the General Asssembly can pass them.

But the argument for a mandate gets complicated.

Doug Gray, executive director with the Association of Health Plans, said that the Health Insurance Reform Commission needs to study the bill to determine “what’s appropriate and what’s not.”

“The shortfall with the prosthetics bill is it requires every prosthetic device to be covered regardless of cost,” he said. “So if someone wants the $150,000 computer-run prosthetic when a $50,000 one would do — that’s something that needs to be managed, you can’t just say ‘we’ll cover anything.’”

In related matters, the General Assembly has improved expanding the coverage for treating children with autism through their teenage years. Again, the arguments in favor of the mandated insurance coverage are powerful — and the expense is significant.

Any one mandate is insufficient to make insurance unaffordable, but a relentless expansion of coverage does drive the cost of insurance ever higher and out of reach for more people. Stripped down insurance policies, which arguably are better than no insurance at all, are not an option in Virginia.

What the General Assembly giveth with one hand, it taketh away with the other. We see the giving, but we don’t see the taking away — a multi-step process that occurs through opaque workings of the medical insurance system. And that’s just how politicians like it.