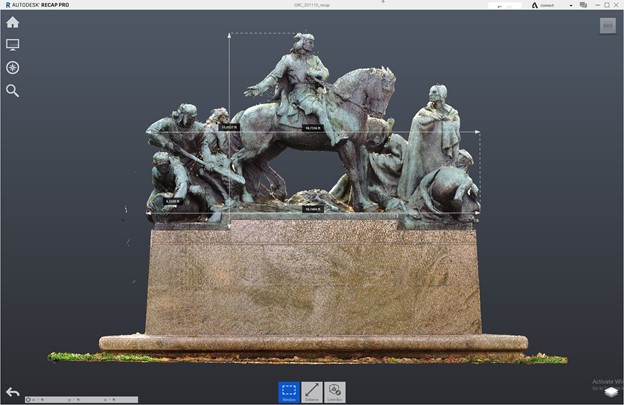 This imagery was in preparation of the $430,000 contract with the University of Virginia to remove the George Rogers Clark bronze sculpture located at the UVa Corner Park.

Richmond business owner Devon Henry is best known for his role as owner of NAH, LLC, for procuring a $1.8 million contract from Richmond Mayor Levar Stoney to take down Richmond’s Confederate statues. While Stoney’s handling of the contract outside the normal procurement process became a political liability — a special prosecutor and the Virginia State Police are still investigating the deal — Henry has become the go-to guy for taking down monuments to Confederate generals and other symbols out of fashion with Virginia’s political class.

Henry built a construction company, Team Henry Enterprises, winning bids as a minority contractor, primarily from the federal government. In 2018, Team Henry broke into the state/local contracting business with a contract to erect the Memorial to Enslaved Laborers at the University of Virginia, which after eleven revisions totaled $5.5 million.

The contract with Stoney, under the name of NAH, LLC, came next in July 2020. The NAH proposal covered removal of eight bronze sculptures, two cannons, two decorative bowls and a granite cross, leaving all columns and bases in place. The contract included a mobilization fee of $900,000 to stage an out-of-state sub-contractor in Richmond and five days of work each at $180,000, for a total of $1,800,000.

Next, Virginia Military Institute (VMI) used Henry’s previous monument removals as justification for a sole source award to Team Henry December 7, 2020, to remove the Stonewall Jackson Monument and to subcontract repair of the base to Quarra Stone Company before moving monument and base almost 80 miles away for $209,000.

The VMI Board of Visitors has mandated that the relocation of the statue and base is executed in a safe and timely manner. The sensitive social nature of the move and the delicacy of the art make the project especially challenging. A review of available resources in Virginia reveal Team Henry has developed a specialty in the area of safely and. sensitively moving historic works of art. Team Henry recently removed confederate statues for the City of Richmond and City of Charlottesville.

Then the University of Virginia contracted with Team Henry to take 3-D drone and ground DSLR images of the George Rogers Clark monument and base April 13, 2021, for $10,200. That imagery was in preparation of the contract of July 12, 2021, to remove and facilitate storage of the George Rogers Clark bronze figural group sculpture and stone base in the UVa Corner Park location for $430,000.

After that, the City of Charlottesville, on July 7, 2021, under Outdoor Sculpture Removal and Relocation for Storage, City Council Emergency #22-02, passed a resolution to appropriate $1 million to remove three statues — Robert E. Lee, Stonewall Jackson, and the statue depicting Sacajawea, Meriwether Lewis, and William Clark — and move them to a storage area. The job was awarded July 10, 2021 to Team Henry.

The Commonwealth’s eVa Procurement Portal shows a growing number of requests for quotes and bids for monument removals from courthouses and other public property. As well as he’s done, Devon Henry likely won’t be the only one profiting from removal contracts for some time to come.

Society will be poorer for the diminishment of the artistic landscape and the loss of historical reminders of our past. History should be additive, not reductive. Symbolic elimination cannot teach the lessons we need to learn in every generation.

The Historians.org website provides a context for viewing the purging of Virginia’s monuments and memorials:

Physical destruction of culturally significant artifacts grants perpetrators the power to reject them as unimportant and to limit how well they can be known to future generations.

In Virginia we have seen mobs desecrate monuments with that intent. An alternative would have been to preserve the monuments as reminders of our history and to reinterpret their meaning. But Virginia’s political “progressives” aren’t interested in reinterpreting anything, which implies engaging in an ongoing discussion. They are expunging the memorials as a way of imposing their own historical narrative. The statue-removal movement is an exercise in power — and in Devon Henry’s case, enrichment.

A partial inventory of monuments removed by Devon Henry 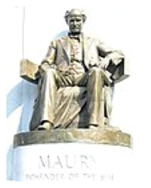 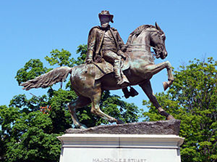 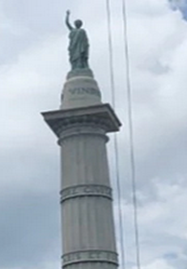 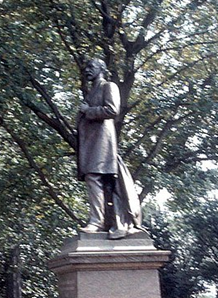 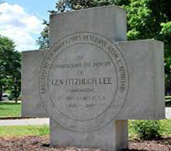 This entry was posted in Culture wars and tagged Carol J. Bova. Bookmark the permalink.