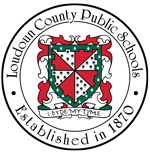 I have, with much of America, been watching the woke cabal that forms the majority of the Loudoun County School Board. They are true believers. It is testimony to the depths of their feelings that they don’t let the needs of the kids in that school district get in the way of dogma.

That majority, mostly relatively young products of our universities, are hell bent to find and stamp out anti-Black racism.

To do so they ignore both extraordinary Black student success in Loudoun schools and the very poor job that system has done in educating Hispanic, poor and English learner kids.

That raises the obvious question of whether the members have done their homework to understand the schools they run. So I did it for them.

The overarching lesson from that exercise is that the school board does not understand Loudoun County schools, or, if they do, don’t care.  Maybe both.

Preposterously Prosperous Loudoun. That school board oversees schools that have advantages that perhaps no other school system in America can match.

Most famously, Loudoun is the wealthiest county in the nation ranked by median household income. The Census Bureau puts the figure at $142,299 annually.  Number 1 of 3,143 counties or county-equivalents in 50 states. By nearly $20,000 a year.

That is only partly because Loudoun has more than its share of rich people. The most striking fact is that there are so few poor families. According to the Census Bureau, only 3% of children under 18 in Loudoun County live in poverty.

Loudoun county spent $15,740 per year per pupil, far above the state average of $12,427. The school districts with which I will compare it today unfavorably spent less than the state average.

The data. The rest of this report and future ones will use statistics from 2018-19, the last year undisturbed by COVID. It is also the last significant evaluation data available to every school board in Virginia.

Those data make it absolutely clear that the board has not even a basic understanding of the challenges its schools face.

Excellent Black Student Performance. This school board declares Loudoun schools to be systemically anti-Black. So let’s take a look at Loudoun Black students in 2018-19 as this school board was taking office.

Black students made up less than 7% of students in Loudoun County public schools. The state average was 22%  Black chronic absenteeism was half the state average. Black on-time graduation is 97%, the highest in the state.

In Middle School Algebra 1 — you know, those advanced track math classes that the left assures us are racist -= Black kids outperformed their white counterparts in Algebra 1 SOLs in ten of Loudoun’s seventeen middle schools.

In a related note, SOL Algebra 1 performances by Loudoun middle schoolers far exceeded the pass rates on the same test taken by high schoolers. That speaks to the accuracy of the identification of the more capable math students in earlier grades. (I’ll include a spreadsheet with the Algebra 1 data for each Loudoun middle and high school in an upcoming post.)

Those actual facts, however, leave the school board undaunted.

They assume Black students are being discriminated against and want to change the math syllabus to eliminate tracking as racist. Indeed, they believe math itself to be racist.

If I were a parent of one of those very bright and hard working Black middle school Algebra 1 students, I might object directly to the unfailingly patronizing, mostly white public servants on the board.

No, I would certainly object.  Unless they adjourned early.

The Overarching Issues — educating Hispanics, the poor and English Learners. State and federal data identify three major cohorts who have underperformed on state assessment tests, specifically the math and reading SOLs.  These cohorts were:

Those are remarkable statistical outliers for fabulously rich Loudoun County. The same cohorts each had double digit chronic absenteeism, but so did the same cohorts in the state as a whole, so that is not a factor in relative performance.

In the next column we will show exactly which schools drive down the district averages with these three cohorts, but for today we will look at comparisons with the state and three other districts, Roanoke County, Virginia Beach and Chesapeake.

The people of the Commonwealth, Roanoke County, Virginia Beach and Chesapeake are far less well off than Loudoun County. Median household incomes of each were around half of Loudoun’s. They had three to five times higher percentages of children living in poverty.

All four cities/counties have roughly the same levels of chronic absenteeism.

Unexplained outliers in performance. Unexplained is how Roanoke, Virginia Beach and Chesapeake equal or exceed the math and reading SOL performances of the kids in Loudoun across the board for all cohorts.

Huge outliers were the very poor performances in Loudoun only of Hispanic, economically disadvantaged kids and English learners, where those students generally underperformed state averages.

Those same cohorts from the other three districts outperformed with math and reading pass rates ten to twenty percentage points higher than Loudoun.

Given the relative resources involved, the performances of those other school systems represented a crushing indictment of the leadership and oversight of Loudoun schools.

Do the work. Was anyone at a meeting in which the Loudoun School Board prioritized these issues above all others?

No, you were not.

The majority of the Loudoun School Board has sacrificed their Hispanic students, poor kids and English learners on the altar of radical dogma.

Kids need to go to school, be well taught, behave and apply themselves. Some principals, some teachers, some students and some policies are better at it than others. Resources are certainly not an issue in Loudoun County.

Something other than the luck of the draw made those bad SOL results happen. It would have been more than useful to find out what it was and fix it.

That was apparently too much to ask.

The issue did not fit the agenda.

Bottom Line. The majority of members of the Loudoun School Board are disappointed in America.

Given these results, it is more than fair for the rest of us to be severely disappointed in them.

Next time. No kid goes to Loudoun County Schools. If she lives in that county she goes to Loudoun Valley High, J. Lupton Simpson Middle, Forest Grove Elementary or some other school.

Next time, I will provide a spreadsheet that details the performance of every school in Loudoun County.

If I were on the board, I would have one of those. It shows exactly where the great schools are  It also shows where the problems lie so they can be addressed. If I cared to address them.

As a parent, it would convince me of the requirement for school choice. I would certainly care about that.

I note that the chairwoman of the Loudoun School Board sent her kids to Forest Grove ES, Sterling Middle, and Park View High School.