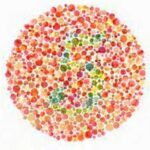 I commend Dick Hall-Sizemore for his column of April 10. I agree with his outrage at the behavior of police in Windsor. There is no reason for an officer to point a gun at a person, or pepper-spray them, for anything to do with a license plate. And I agree that Army lieutenant Caron Nazario being black was a major factor in the officers behaving so egregiously.

To deeply reduce the risk of such terrible behavior happening again, we must take race out of the equation.

Diversity is not something to resist. While it can be difficult to navigate, it brings many benefits. But if a diverse society is going to be a free and democratic society whose members respect each other, emphasizing similarities helps. Atlantic journalist Peter Beinart explored this when writing about immigration; citing studies showing greater diversity makes people less charitable – not only toward people different from them, but people similar as well – he suggested that advocates of liberal immigration policies celebrate “America’s diversity less, and its unity more.” In an age when millions of Americans hate each other’s guts, highlighting difference (whatever the dividing line) is an incentive for dislike.

If, as many progressives insist, actions disproportionately harming African Americans are inherently racist, we may have to apply that label to a policy of the Obama and Biden administrations. In 2011, the U.S. Department of Education required universities receiving federal funding to use a “preponderance of the evidence” standard when investigating campus sexual violence. Unlike in court, investigators would only need to find the accuser slightly more credible than the accused to pronounce the accused guilty.

When Emily Yoffe reported on campus sexual assault cases in 2017, she found black men were “vastly overrepresented” among students charged with such offenses. It is troubling that President Biden may seek to bring these rules back. Virginia has a stake in avoiding this; remember the debunked Rolling Stone article about a rape at UVA. We all have a stake in determining where racism has or has not influenced an abuse.

The abuse of Nazario seems to go against assertions by some progressives that intent doesn’t matter when assessing racism. I have a hard time believing race played no role in these cops’ behavior. But the fact that an event has a racial component does not mean race must be the lens we use to view it.

Take the recent mass shooting in Atlanta, where eight people were killed, six of Asian descent. Despite Robert Aaron Long indicating he was motivated to kill by a combination of sex addiction and self-loathing stemming from religious zeal, the New York Times and Washington Post ran far more pieces in the following days feeding the narrative of white supremacism than exploring these other elements. Yet when, six days later, Ahmad Al Aliwi Alissa shot and killed ten people in Boulder, how many journalists assumed that, because he was Muslim, religion was his motive? Such assumptions are wrong in any case like these.

Politicians aren’t helping matters. Terry McAuliffe tweeted about Nazario, and declared his desire to “eradicate these reprehensible racist acts once and for all.” It’s worth noting that progressives have expressed doubts about McAuliffe’s commitment to racial justice. It’s also odd that he’s running against three black candidates in the Democratic primary. And it won’t do for conservatives well-disposed toward cops to deflect attention by pointing to “black-on-black crime.”

Corporate preening won’t help. It’s nice for the CEOs of Apple and Pepsi to say they care about racial justice — the better to divert attention from the health conditions their smartphones and sodas are bringing disproportionately to black children. If a corporation thought they had to choose between huge profits and a good cause, we should have no doubt which they would pick -– look at how the NBA groveled before China.

We need solidarity that crosses lines of race, class, and party. It would be great if service members and veterans across Virginia rallied around Nazario. That would be an excellent way to support a service member treated the way he was, regardless of race. We should encourage more college graduates – people who have recently spent time in diverse settings – to become police officers, as suggested by Keli Goff of the Daily Beast. And we must be willing, if necessary, to get involved in a way other than expressing indignation, however justified -– funding policy changes.

If paying for a statewide program that deeply cuts reckless behavior among cops means raising taxes on all Virginians, I’m okay with that. It would also help if local governments fined people less. While the U.S. Justice Department concluded in 2015 that Ferguson, Missouri, officer Darren Wilson had not murdered Michael Brown in cold blood, it also released a damning report describing Ferguson’s reliance on fining black residents to raise revenue. The Commonwealth Institute has described the particular burden fines and fees place on black Virginians. This is not healthy.

What happened to Caron Nazario should not happen to anyone. That is true regardless of his race, religion, politics, or anything else. Justice will only come when we condemn unjust violence regardless of what the perpetrator and the victim look like.

Michael D. Purzycki is an analyst, writer, and editor living in Arlington, Virginia.

This entry was posted in Crime , corrections and law enforcement, Race and race relations and tagged Guest contributors. Bookmark the permalink.