Journalism, Confirmation Bias and the Presumption of Racism 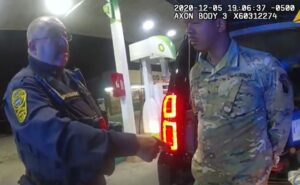 People believe what they want to believe. They seek information that affirms their worldview, and they downplay or ignore evidence that conflicts with it. Psychologists have term for this proclivity: “confirmation bias.”

As a facet of human nature, confirmation bias has been with us always. But the rise of social media and cable news has compounded the problem by making it easier than ever for people to find views and facts they find comfortable and to not only dispel disconcerting information but to avoid even hearing it in the first place.

The scholars, journalists, artists, and politicians who dominate the cultural discourse in the United States are prone to confirmation bias like everyone else. But their views carry more weight because they control most of the news media, social media platforms, book publishers, academia, social-scientific research, television, movies, museums, nonprofit advocacy groups, and increasingly, K-12 schools. To the extent that there is no escaping the anecdotal facts and images that they highlight and project as reality, their confirmation biases become society’s confirmation biases. Their narratives become society’s narratives.

Nowhere is the confirmation bias of America’s cultural elites more clearly on display than in matters of race. Cultural elites increasingly embrace the notion that America is a systemically racist nation. They interpret every encounter between blacks and whites as defined by race, and they assign racist motives to the deplorables who do not think as they do.

There are enough instances in a country of 330 million people of real racism that the cultural arbiters can splash them all over the media, day in day out, and represent them as reflective of larger reality.

The phenomenon goes beyond cherry picking the news that fits, however. There exists a presumption of racism. When a potentially racially charged incident occurs, journalists view it through a prism of race and set out in their reporting to confirm their narrative of omnipresent bias. Racism has become the automatic, default explanation — no need to look any further.

There have been two recent incidents in Virginia where confirmation bias has come into play. One is the mass shooting at the Virginia Beach resort area in which police shot and killed a young black man. The usual suspects have called for an investigation, but the known circumstances are so muddy — the police officer was black, and he was responding to real violence in which one other man was killed and six others injured — that the outcry of racism has been relatively subdued.

The other occurred on U.S. 460 in the town of Windsor in which two white policemen (one of whom was Hispanic) stopped a black army lieutenant, Caron Nazario. The near-universal reaction of those who viewed the police-camera video was that two policemen acted unnecessarily aggressively, made no effort to de-escalate the situation, and, in sum, treated the lieutenant disgracefully. There is no evidence whatsoever , however, that the police acted out of racial animus. One or both of them might have been prejudiced, but not a shred of evidence has surfaced that such was the case.

Despite the lack of evidence, virtually every media covering the incident — The Virginian-Pilot, The Washington Post, the Associated Press, The Richmond Times-Dispatch, The Virginia Mercury — immediately framed the incident in racial terms. Small Southern town, white cops, black victim. What else do you need to know?

Let me be 100% clear. I’m not asserting that racism was not a factor. I’m saying we don’t know that to be the case, and no evidence has surfaced to suggest otherwise. The policemen had a valid reason for pulling over Nazario, who was not properly displaying his temporary license plate. They likely had no way to know that the vehicle’s driver was black, as it was dark at the time and the vehicle had tinted windows. However, justified he might have been to fear for his safety, Nazario did refuse to comply with the officers’ orders. The police officers used no racially charged language. Finally, despite Nazario’s non-compliance, they pressed no charges because they did not want to harm his military career. None of those facts lend themselves to an allegation of racial prejudice.

The Town of Windsor posted three body-cam videos of the incident. The video below gives a very different perspective than the one where Nazario was mistreated. In it, Officer Daniel Crocker explains why the officers stopped Nazario. You probably didn’t see this video, and you probably didn’t see anything quoted from it (other than the media’s acknowledgement that the officers declined to charge Nazario because they didn’t want to harm his military record) because none of it confirmed the media’s preferred narrative.

Crocker: All right, Mr. Nazario. So, let’s go all the way back to square one, OK? I turned around on you in Food Lion. I actually came out of Cost Plus, and I came up behind you. … And you had no tags displayed. I see [the paper tag], but, per the law, it has to be in the license plate rack. I understand it’s paper, and I understand why it’s there. But I didn’t know you had a vehicle registration until I approached your car. And at that point, I was too busy dealing with you to deal with the tag. You want to wipe your eyes?

Crocker extends a towel to Nazario, who declines it.

Crocker: Look, all this was going to be was, ‘Hey, man, I stopped you, you didn’t have a tag, you’ve got your driver’s license. I would have ran you, and you would have been on your way. OK? What would have been a two-minute traffic stop turned into all of this.

Nazario: As I was telling [the other officer, Joe  Guttierez], you know, I’ve pulled over to well-lit areas before, and I’ve never looked out the window and saw guns so immediately.

Crocker: So, the reason we did that is because we followed you for a mile and a half with lights and sirens on, and you didn’t pull over. I understand you wanted to get to a well-lit area. I get that. But when we follow you that long, look at the climate this day, against everybody. Against us, against y’all. You know what I mean?

But Nazario was black and the policemen were white. Therefore, racism.

Building off the presumption of racism from one traffic stop, the media have published a slew of articles insinuating or outright asserting racism in various quarters. In an upcoming post, I will examine one such damning article in detail.

This entry was posted in Crime , corrections and law enforcement, Media, Race and race relations, Uncategorized and tagged James A. Bacon. Bookmark the permalink.