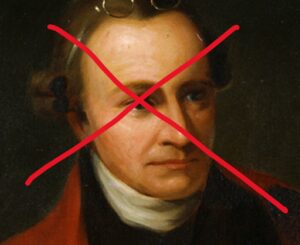 The issue: Although Henry was renowned as an orator who helped spark the American Revolution, served as Virginia’s first post-colonial governor, and championed individual liberties, he owned slaves.

Henry was the only one of the lot who was nationally known and revered.

The renaming diktat was a top-down affair driven by the Woke elite in Richmond. Board members of the local community college resisted the change. The Martinsville Bulletin quotes Brian Henderson, the college’s athletic director and assistant vice president, who is Black, as saying that he works for Patrick Henry the community college, not Patrick Henry the slaveholder. The name does not bother him. “I’m not working as Patrick Henry’s slave.”

Not all Blacks share the political class’s fixation with purging the nation’s public statues, memorials and names of anything tainted by slave-holding or racism, regardless of whatever contribution the offending individuals might have made to their communities or to advance the cause of individual rights.

It doesn’t matter. This is all about the new ruling class imposing its vision, its value and its will upon all of Virginia.

Now that the precedent has been set with Patrick Henry, is there a principle of logic says, “We’ll stop here, and we’ll go no farther? We will not purge the memories of George Washington, Thomas Jefferson or George Mason?”

If there is such a limiting principle, I haven’t seen it.