Is there a Better Way to Manage Virginia’s State Colleges and Universities? 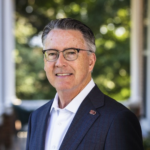 My wife and I had the pleasure of dining recently with a woman pursuing a career in the financial services industry.  I asked her about the leadership of her company. What was the climate in her workplace?

She answered that the first thing she learned was to “color inside the lines.”

She elaborated that the “lines” of which she spoke were the federal regulations which governed her work, which is wealth management. Rules of the Securities and Exchange Commission and those of the rest of the agencies that regulate financial services.

In her workplace, she is employed doing investment analysis, including dealing with the businesses she analyses. Later she may move to deal with customers. Or technology. Or go to law school to move through the ranks to general counsel.  Or get a finance degree with a goal of being comptroller. And then maybe CEO. In a related industry.

In any role she will assume increasing management and administrative responsibilities. At every step, she will be mentored to be both skilled and creative. But always to learn new sets of lines and stay within them. She has not only learned but internalized her first set of lines.

Similarly, skilled academics, even those with experiences as dean of a school within a university whose job is distanced from the day-to-day concerns of the executive suite, cannot reasonably be expected to jump straight to the role of chief executive of a major university and be successful.

There are too many management lines, including state laws and regulations, within which he or she must color that need to be internalized first.

And perhaps there is a way to manage Virginia’s portfolio of state colleges and universities that is better than we do it now and reduces the chances of mismanagement.

Requirements of the job of university president. Perhaps the most important job of Virginia’s multiple Boards of Visitors is hiring a president, a chief executive.

Academic credentials do little to predict success as president of an institution as large and complex as, say, the University of Virginia, Virginia Tech or VCU.

Let’s look at what the position of president of a major state research university requires.

College Cliffs in its annual ranking of 55 top U.S. college and university presidents does not tackle the specific subject of the executive leadership of large public research universities, but it does offer a general observations.

It begins with declaring the position has no analog the modern corporate world. I am not sure that preface is entirely defensible in the case of the specific class of institution into which the Virginia’s largest state universities fit.

That said, let’s look the list of competencies that article offers.

Filling a college president’s position necessitates administrative and financial astuteness, fundraising expertise, and political skill. Presidents must be receptive and accessible, and restrained and calculative in this age manipulated by round-the-clock news coverage and the provocative nature of social media (author’s note: ahem).

Presidents must learn to balance society’s aggressiveness to boost the return on investment of education at their school and administer the persuasion from community and government leaders regarding crucial issues.

With that said, bigger colleges and universities significantly rely on the president’s capabilities to handle such massive responsibility of running an entire administration. Unlike in smaller colleges where a Dean may serve as an academic entrepreneur, the President acts as the Chief Executive Officer and regularly reports to the Board of Trustees, which consists of individuals externally connected to the institution.

That last requirement — running an entire administration of a complex business — varies directly with scale.

In his positions as Dean at both UVa’s Law School and Harvard’s Graduate School of Education, he did not deal with the vast array of leadership, management and administrative issues that he faced on his first day as University of Virginia President.

The Board of Visitors clearly did not demand relevant executive experience in their search criteria. And that board is dominated by executives.

Both Dr. Ryan and the University have suffered for it.

Experience puts that little bird on your shoulder that lets you know when something isn’t right.

It tells you that the first thing you do when ascending that job is an audit, not just of finances, but of compliance with laws, regulations and policies.

It tells you to personally study Code of Virginia Title 23.1. Institutions of Higher Education; Other Educational and Cultural Institutions. In which you would have read § 23.1-805. Violence prevention committee; threat assessment team.

It tells you to assign the University Counsel the task of ensuring that your organization both knows where the legal and regulatory lines are and colors within them.

It tells you to set the tone and policy and let your executive suite handle things that you personally do not have to handle. Like misbehaving students who put up obscene posters and declare themselves marginalized social revolutionaries. Students who may bring recording devices to your office. And could and should have been dealt with at the Housing Office.

The same little bird of experience would tell you that introducing new levels of political oversight to people who you yourself have hired is insulting to them and hazardous to you. Like adding a new layer of Associate Deans for Diversity, Equity and Inclusion (DEI) in every school in the university.

It is a self-inflicted wound.

Because you appointed (in the absence of another little bird warning) a committee of radicals as a Racial Equity Task Force in the summer of 2020 and took their recommendations as if handed down from the mount.

In the literature, it is called an inclusive excellence model, which is defined as incorporating DEI into all facets of the institution. George Orwell offered other descriptions of it.

“mandate … to lead … in improving the school’s efforts to address racism and other forms of social injustice, both internally and externally” (emphasis added)

That particular quote tells the Dean that his department is racist and he can’t be trusted to deal with it. Virginia Tech has a similar structure. Perhaps a timeline would reveal that UVa did it first and put the pressure on Tech. I don’t know.

But I can find no state law or regulation that requires it.

The bird of experience would whisper to you that your own faculty, alumni and half of the General Assembly are going to hate the DEI intrusion. And that the mere presence of those new associate deans is destructive of open discussion and collegiality across the Grounds.

Experience would have told you that you should have used the traditional pocket veto rather than react in panic to the report.

Your University Counsel could have told you the DEI structure recommended by your “task force” is voluntary, not statutory. Boards of Visitors can simply decline to include the departmental thought police in the budgets.

I hope they will.

How others do it. Purdue University hired as president Mitch Daniels, who was perhaps America’s most successful governor in that role for Indiana. He has been a phenomenal success.

Before Governor Daniel, Purdue’s executive vice president, provost and acting president was Tim Sands, now the very successful president of Virginia Tech. He is on the current College Cliffs Top 55 list and deservingly so.

Purdue does not have Assistant Deans for DEI in each school of the university. Somehow they seem to run a very diverse and inclusive campus.

A different approach to managing a state university system. The University of Texas System is run by a Chancellor. The Chancellor is the chief executive officer of the UT System and reports to the Board of Regents. He has direct line responsibility for all aspects of the UT System’s operations.

The incumbent is James Milliken, who oversees 13 campuses of the system, including six medical schools.

You can see from the organizational structure of the system that the State of Texas provides centralized operational control of and services to its far flung UT campuses with both a single Board of Regents and a central administration, while each campus has its own president and culture.

Mr. Milliken, immediately prior to being hired by UT, had been chancellor of the massive City University of New York. There he oversaw a system of 25 colleges with an enrollment of over 243,000 degree-seeking students, over 185,000 adult and continuing education students, and an operating budget of $3.8 billion.

He was qualified for the Texas job.

I could make a case for the Commonwealth providing that centralized oversight and administrative support to its 15 4-year state institutions. Together they would not be the size in either assets or student bodies of the UT System.

Done right it could relieve them from duplicating management and administrative systems that do not affect the characters of the individual schools, each of which would maintain a president and a streamlined version of its own leadership structure.

And make sure they each color within the lines.

We do not do it that way in Virginia, but it is worthy of consideration for both efficiency and effectiveness reasons.

Bottom line. I think the lesson is that Boards of Visitors must consider successful executive suite experience along with academic credentials and personal qualities, increasing the weight on executive credentials with the increasing size of the institution.

I also recommend that JLARC or the Office of the Secretary of Education or both study carefully the structure of the University of Texas System to assess and report lessons that might be applied in a potential restructuring of the Commonwealth’s four-year state colleges and universities.

The goals would include improving the efficiency and effectiveness of their management and administration without changing their unique cultures.

This entry was posted in Education (higher ed), Uncategorized and tagged James Sherlock. Bookmark the permalink.