In What World of Crazy Is There a Seedling Shortage? 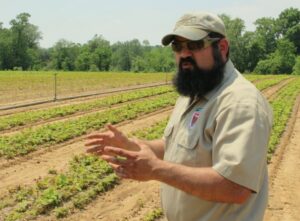 Environmentalists say there are two ways to combat rising CO2 concentrations in the atmosphere to combat change. One is to reduce emissions, the other is to sequester more carbon. Trees are powerful carbon-sequestration devices, and they don’t require a lot of fancy technology. So, environmentalists say Americans should grow more trees.

“But every tree starts with a seed,” reports The Virginia Mercury. “To sequester carbon in millions of acres of forest proliferate, many forestry experts say the existing supply of seedlings falls short of what will be needed to meet ambitious climate change goals.”

Wait… What? There’s a seedling shortage?

Indeed there is, according to Chandler Van Voorhis, co-founder and managing partner of ACRE Investment Management headquartered in The Plains, in Fauquier County. “What’s become painfully obvious is there’s just not enough hardwood seedling capacity out there. There’s plenty of pine, but pine’s not what people are looking for.”

It doesn’t take a rocket scientist, or a PhD in public choice theory, to predict what comes next.

Yes, Virginia’s next biennial budget allocates an additional $390,000 for the commonwealth’s only state-run nursery, the August Forestry Center in Crimora, just north of Waynesboro. Unlike commercial nurseries, the Mercury informs us, Crimora specializes in one- to two-year-old seedlings, of which 70% or so go to conservation projects encouraged by the state. Altogether, the center produced 4.2 million seedlings, more than a quarter of which were hardwoods. 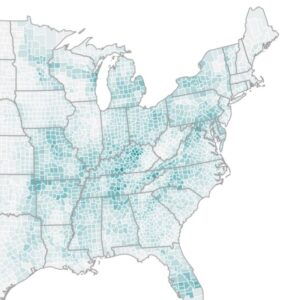 Carbon markets are set to expand. By one estimate cited by the Mercury, the potential exists to reforest 133 million acres in the U.S., including a fair amount in Virginia. The General Assembly approved a task force to explore carbon sequestration in the Old Dominion, and the Biden administration is prioritizing the creation of forestry “carbon sinks.” One bill in Congress would commit $1 billion toward a “national seedling strategy” for reforestation.

This is nuts! Tell me where I’m wrong. First, if a market is emerging for seedlings, whether loblolly pines or hardwood species, why does the government need to get into the business of growing the seedlings? The United States has a vast timber industry. The Garland Gray Forestry Center in Sussex County raised out 30 million loblolly pine seedlings last year. If there’s a demand for hardwood seedlings, what grounds are there for thinking that private companies can’t meet it?

But there’s an even bigger question — a question that I would think environmentalists would be attuned to. What about nature? You know, nature, the very thing that environmentalists yearn to conserve! Last time I checked, nature was still producing billions of seedlings all by itself!

What kind of hubris insists that human intervention is needed to assist nature in doing what it has been doing for the past 360 million years, ever since trees became a thing?

The right-hand NASA satellite photo below shows the area around Mount St. Helens in June 1984, a couple of years after the volcano blew its stack and sterilized the land for miles around. The left-hand shows the view in 2013. 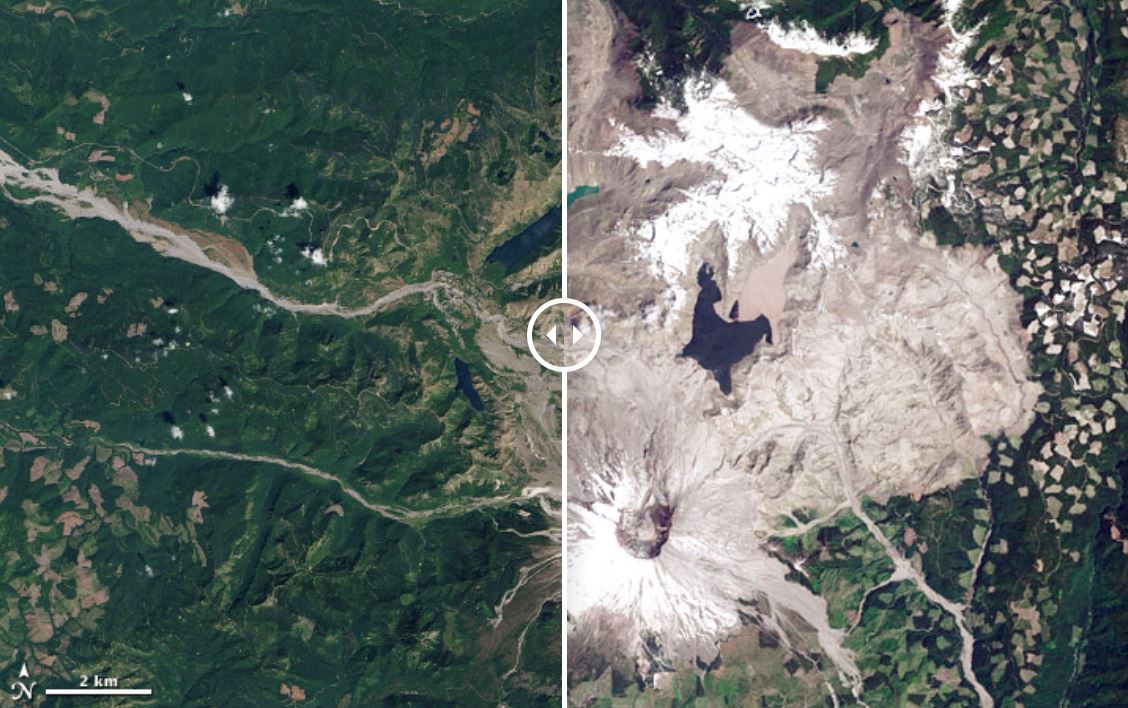 Earth Observatory explains what happened. “Some traces of life survived beneath the debris. Seeds, spores, gophers, fungi. Other flora and fauna survived just beyond the edge of the blighted landscape. And then, as so many scientists and science-fiction authors have said: life found a way. In just a few years, natural colonists reclaimed some of the land. In three decades, they have paved over the destruction with robust green.”

Nature did this all by itself.

If environmentalists want to sequester carbon in trees, do they really need to spend billions of dollars creating seedlings? Wouldn’t their energies be better directed to acquiring conservation easements and allowing farmland to revert to woodlands…. naturally?

Aside from the money issues — is this something we need to deepen deficit spending for? — I’ve got one question. Whom do you trust to create ecologically stable woodlands, the “experts” or natural evolution?

This entry was posted in Environment, Uncategorized and tagged James A. Bacon. Bookmark the permalink.