If U.S. Copies Europe, “It Will End In Tears” 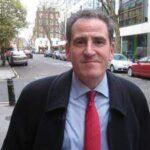 A major European voice for climate and energy rationality told a small Charlottesville audience March 30 that his home, the United Kingdom, and the rest of Europe face an immediate energy crisis that was brewing long before the war in Ukraine.

Benny Peiser of the Global Warming Policy Foundation said prices in Britain jump as of today, April 1. Householders are seeing the rising electricity and natural gas costs suddenly double, from about 1,000 pounds to 2,000 pounds annually. By the end of the year another jump to 3,000 pounds annually (almost $4,000) is predicted. The parallel impact on business and transportation will push up food and other commodity prices.

Peiser noted the irony that only continued supplies of energy from Russia are keeping the lights on. Knowing how Russia needs the cash, nobody expects that to change until Europe finds other sources. The United States has saved Europe before and is likely to be one savior now, at least in the short term.

The idea that Europe will save itself by building more wind, solar and related battery facilities is utopian, but that is the prescription being offered by many in a political environment where even most of Europe’s conservative parties are afraid to advocate fossil fuels.

“Don’t follow our path. Don’t copy the Europeans. It will end in tears,” Peiser said. “Pragmatism and realism have to come back.”

Global Warming Policy Foundation, founded in England in 2009, and the related communications outlet Net Zero Watch, publish several writers and researchers who challenge the climate catastrophe narrative. It has a U.S. branch headed by Francis Menton, also known as the nom de plume Manhattan Contrarian, and he was also at the gathering that evening.

Peiser and Menton have been on a speaking tour of the U.S. and Canada, not producing much news coverage that will turn up in a search. They spoke at the Jefferson Room of a Charlottesville country club, the Blue Ridge bathed in sunset outside the window. Had they taken the message to Jefferson’s Rotunda on the University of Virginia grounds a few miles to the east, the reception would probably have been quite different.

One University of Virginia faculty member who has published similar views was present, and the meeting was hosted by a local attorney, Chris Horner, who files litigation on energy and climate matters through a public interest law firm called Government Accountability and Oversight.

“You are blessed in the U.S. with enormous resources of oil and gas and coal, and some states are using them while some states are not,” Peiser said. Because of that, and because the electricity generated by fossil fuels flows between states, “You don’t feel the same hit that Europeans now face.” California can extol its environmental virtue while buying power across state lines when needed.

In Europe, relying on your neighbor to take up any slack has largely meant Russia, which pre-crisis provided 40% of Europe’s natural gas, 50% of its coal and 30% of its oil.

For 30 years Europeans have pursued the dream of an economy run mainly on solar and wind production, and they have become dependent on them. They prided themselves on declining fossil fuel emissions, ignoring how they achieved much of the change:  by sending manufacturing overseas to countries still burning oil, coal and gas. The U.S. has done the same.

There is growing realization that the vision of a modern economy run entirely, or almost entirely, on wind and solar simply will not work without incredible (as in not reasonable) levels of storage. That was Fenton’s topic for the evening. “How many turbines does it take at midnight with no wind? It doesn’t matter how many you build because a million times zero is still zero.”

Fenton said the cost of the storage is roughly the same as a country’s entire gross domestic product, especially if all vehicles and home energy use go electric. A recent analysis of the Virginia Clean Economy Act’s impact, if implemented as-is, reached the same conclusion.

Many countries relied on nuclear power as a clean backup for wind and solar, but before this war were closing down that form of generation under pressure from the Green parties. Some have changed their minds now and will retain the nuclear plants and consider more.  Even after this shock of the Ukrainian war, however, Germany still plans to shutter its final plants next year. Its own Green Party would prefer to use coal, mainly because Germany has plenty of it.

The British Isles, also once known for coal, have a deep supply of the related asset shale gas, same as the U.S. But like most Europeans they have prohibited the newer extraction techniques, derided by critics as “fracking.” The current British government is talking about expanding oil and gas production in the North Sea, but only because “there are no voters living in the North Sea,” Peiser said.

Changing the rules and allowing extraction of the shale, “the resource under our feet,” still seems politically untenable. If the dire predictions of energy prices tripling in one year, with all the other inflation that creates, come to pass there could be popular uprisings in Europe similar to the recent Yellow Vest movement in France.

“Most people in the U.S. and in Europe have never experienced hardship.” They think the wealth and comfort of the past 30 to 40 years is normal, and the financial means to help those now struggling are infinite. More and more of their leaders see the challenge and are seeking alternatives.

Peiser is not optimistic that attitudes will change quickly but is encouraged that about 60 British members of Parliament have started to work together to turn things. “It’s not about solving the problem. It’s actually about acknowledging there is a problem.”

This entry was posted in Energy, Environment and tagged Stephen D. Haner. Bookmark the permalink.