How are Virginians Preparing for the Coming Food Price Shocks? 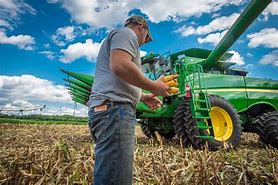 Virginians have only begun to experience price inflation at the grocery store.

Price increases are in the food pipeline that will be a much bigger problem starting this summer.

Farmers and ranchers invest up front. They borrow money to do it. They are incredibly efficient at what they do, but are at the mercy of input prices. They must wait until their crops and animals are sold to recoup their investments.

Everything farmers and ranchers do with their farm machinery requires diesel. So do the trucks that move crops to those who prepare them for our use and then to market. Diesel prices are expected to reach more than $6 per gallon this summer, a 35% increase from current prices. Inventories are low.

Most fertilizer is an oil derivative and has skyrocketed up to 300% since early 2021. On average, fertilizer in March of this year was 35% more expensive than it was in the fall of 2021, with Roundup up nearly 90%. In six months.

Of course, the feed ranchers buy for their animals comes from the produce of America’s farmers.

Producer prices that reflect what they have paid for diesel and fertilizer and the trucking costs of moving those crops are predicted to reach grocery stores in the summer and fall. That hardly suggests that the 9% inflation recently seen in retail food prices is the end of it.

It is important to ask what our governments and our best charities are doing to prepare.

They haven’t inquired about the cost of cake.

Congress. The Congress in 2021 far overshot the mark in stimulating demand they considered depressed by COVID. Senator Joe Manchin just barely stopped it from throwing trillions more into circulation.

The Federal Reserve. Though many would not agree with its pace so far, the Federal Reserve will use its primary tool to drive down inflation — raise interest rates. That will hit the next farming/ranching investment cycle.

Notably, the San Francisco Fed predicted in 2005 that the oil price shocks of the 70’s that hit the broader commodities markets would not happen again. The theory was that because the fed would intervene to stem inflation, market participants would feel that the Fed was in control and react accordingly.

We’ll certainly see, but increases already realized in producer and wholesale costs of food have to go somewhere.

The same Fed measures that will fight inflation will exacerbate the coming recession.

They cannot affect the price increases in any meaningful way.  But we hope they are fully engaged in developing plans to mitigate the effects of those price increases and supply shortages that will result at least partially from hoarding.

I suspect the governor has already requested a plan from his cabinet. All hands will need to be on deck. Local governments need to do the same.

Charities. Food banks and charities that feed the poor will need all the support we can give them. They are amazing, but demand is going to increase at the same time supply costs go up.

Food retailers. Grocers and restaurants know what help they will need from government. I hope they will use their associations to speak up.

Bottom line. We will be in this together. We need to act together.