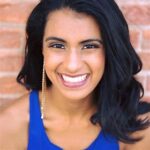 Based on informal observation of Virginia’s public colleges and universities over many years, I have oft lamented “mission creep” as a factor pushing the cost of college attendance ever higher. But I never  explored the idea systematically. Fortunately, a new study has done that job for me.

In “Priced Out: What College Costs America,” Neetu Arnold, a research associate with the National Association of Scholars, explores the factors, many of which I have not seen identified before, responsible for the higher-ed affordability crisis. One important section of her study identifies the surge in non-instructional costs.

“Modern American colleges and universities no longer think education alone justifies their existence,” writes Arnold, who based her study on data from 50 leading U.S. universities, including the University of Virginia and George Mason University. “They increasingly divert their attention and their expenditures to non-instructional endeavors — and away from their core mission of instruction.”

Accreditation and federal regulations. “The current college accreditation system is a morass of confusing regulations, bureaucracies, and reporting mechanisms that colleges must keep up with each year,” Arnold writes. “Bureaucratic practices entwine federal and state regulatory agencies and quasi-governmental organizations.”

Accreditation agencies gain their authority from the Department of Education. Colleges and universities submit to the accreditation ordeal because they must in order to receive federal funds such as research grants, student loans, and Pell grants. The costs of accreditation, data-reporting mandates and compliance with other state and federal regulations add up. At UVa, for instance, a Senior Analyst for Academic Compliance is paid $80,000.

College campus dining facilities …have improved in the last generations — socializing hubs, filled with eclectic decor, bright colors, and tasty food, rather than purveyors of cubes of frozen beef from Australia and ice cream labeled by color rather than by flavor. Dining halls now offer cuisine from all over the world, with menu options that appeal to every kind of diet preference — keto, vegan, and so much more. At some schools, such as Cornell, students can watch the chefs prepare meals right before their eyes. … Board rates at 4-year universities have increased by 60% between 1986-2018.

Colleges also lavish expenditures on dormitories and amenities to amuse students. Temple University provides flat-screen TVs in every room. Louisiana State provides students a “lazy river.” Universities hire administrators not only to oversee the plush dining and sleeping experiences but to act as “the equivalent of cruiser directors” for demanding undergraduates.

Universities spend on luxuries to soothe and placate mentally unstable students — and these luxuries include the careful muffling of all unsettling ideas. Universities’ investments in political activism and feel-good propaganda are not just ideological commitments; they are also ways to cater to student bodies comprised too largely of the entitled and the mentally unstable, who, conflating comfort and safety, want universities to restrict the information they receive and the opinions that they hear. Universities therefore not only invest in additional dorms, varied cuisines, and luxury amenities, but also in the entire panoply of “multicultural services.” When administrators distribute letters which acknowledge the importance of diversity or any other progressive ideology, or make statements about purported “hate crimes” without waiting for the results of the investigation, the purpose is purportedly therapeutic. Significantly, political activists themselves demand “diverse” therapy as a right.

College administrators’ emphasis on “equity” also sublimates the participation-trophy ethos. Every student must receive an “equal” college experience to their peers, down to receiving the donut of their choice — or they will be upset. Universities must cater to students consumed not only by a taste for luxury, but also by envy of any peer whose luxuries are more gold-plated.

Ranking systems. However reluctantly, colleges and universities pay attention to U.S. News & World-Report and other ranking systems because the ratings factor into the decision making of prospective students and their families. Schools in the Top 50 “strike gold,” attracting a higher caliber of student…. which in turn factors into the rankings. Writes Arnold:

Universities alter their spending priorities to improve their place in the USNWR ranking system — even when these incentives discourage colleges from spending efficiently. So USNWR’s “Financial Resources” categories give universities a higher ranking for increasing per student spending on instruction, public service, research, student services, institutional support, and academic support — without considering whether increased student spending actually increases student outcomes. In effect, USNWR judges inputs rather than outputs, and therefore encourages colleges to indulge in wasteful spending so as to game the USNWR system.

Arnold mentions GMU as one of a handful of universities, along with Brigham Young University and the University of George, that are punished in the rankings because they operate more efficiently and expend fewer resources per student. Perversely, Arnold says, delivering the same quality of academic instruction at lower costs punishes schools in their rankings.

Administrator ideologies. College administrators skew even further left than do faculty members. While liberal faculty outnumber conservatives by 5 to 1, administrators outnumber them 12 to 1. Their inclination to social-justice activism predisposes them to spending on political progressive priorities, especially those related to Diversity, Equity and Inclusion, which have no bearing on the academic experience.

Globalism. Arnold describes “globalism” as a utopian, progressive ideology that promotes commitment to a liberal international community. “Projects include service-learning ventures such as study-abroad programs, encouraging students from foreign countries to study in the U.S. through international education programs, and directly taking stances on political issues related to promoting globalism. Any attempt to pursue a national interest is by definition backwards and reflects an irrational prejudice, racism, and/or xenophobia.”

Globalist idealism dovetails nicely with the recruitment of wealthy international students, who pay full out-of-state tuition and fees with no discounts. Much of the globalist rhetoric about learning about foreign cultures is a joke, however, Arnold contends. Foreign students invariably come from wealthy families and have been Westernized in international schools modeled on American education. “Globalism” consists of American elites interacting with foreign elites. As for American students studying abroad, they spend most of their time in classrooms learning about global theories rather than immersing themselves in the local culture. “Students study abroad to learn that American progressivism is true everywhere.”

Social justice. “Social justice activists have taken over much of higher education administration and possess a stranglehold on offices such as Student Affairs, First-Year Experience, Community Engagement, Equity and Inclusion, Title IX, Sustainability, and other miscellaneous offices,” writes Arnold.

The direct waste of salaries and expenditures is substantial. Social justice activists divert higher education expenditures to social activism and identity group administrative centers, promote segregated events for different identity groups, enforce race and sex discrimination in admissions and staffing, and impose “diversity” and “social justice” statements that restrict employment to the minority of Americans who share their views. … Social justice activism also prompts colleges to lower admissions standards so as to increase the number of students from favored identity groups. Colleges must then place large numbers of academically unprepared students in remedial education courses — courses which now drain universities of vast amounts of money that ought to be spent on rigorous undergraduate education. Every year, American universities spend more than $1 billion on remedial education.

Sustainability. “Sustainability,” writes Arnold, “is a progressive ideology that combines environmental activism, social justice, and anti-capitalism “to achieve its goals of environmental conservation through extreme measures disguised as science.” It also doubles as a rationale to spend more on administration. “Colleges frequently dedicate new offices and departments just to study and promote sustainability — with all the attendant commitment to salaries and other expenses.” At the University of Virginia, for instance, the Office for Sustainability Director earns a salary of $145,000.

The list goes on. Universities expend resources on making an impact locally, nationally and internationally. Typically, that impact entails shaping Americans’ moral, social and political beliefs through “public service” initiatives. Universities expend resources on innovation, entrepreneurship and tech transfer — goals that are divorced from the primary mission of teaching. They expend resources on marketing and public relations to recruit more students, exert influence, and increase revenues. The University of Florida, for instance, employed 48 marketing and communications professions in 2010-11. And universities spend more on expanded concepts of wellness & safety, protecting students from “triggers” that cause “trauma” — such as political views that conflict with their own.