Graduating Snowflakes into the Workforce 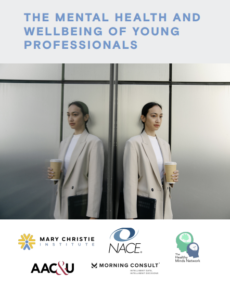 More than half (51%) of young professionals in the United States report emotional or mental-health issues, according to a survey just released by the Mary Christie Institute, American Association of Colleges and Universities, and allied organizations.

The findings are intriguing on a number of grounds. First, it reinforces my view that mental health is, to some degree, a social construct that varies by racial and ethnic sub-culture. Under the systemic-racism paradigm prevalent today, one would expect young Black professionals to report the worst mental health because, as many “studies” have contended, systemic racism afflicts Blacks with unremitting stress. But, according to this study, young Black professionals are handling the stress of the workplace better on average than their White peers. (Blacks were less likely, however, to feel a part of their workplace community.)

It appears that White females experience the highest level of emotional distress — even though they earn college degrees at higher rates than males and earn slightly higher grades in college, on average. Some demographic groups, I would argue, are more vulnerable than others to debilitating cultural fads and contagions that affect mental wellbeing.

Most interesting to those of us who scrutinize the job Virginia’s colleges and universities are doing in preparing Virginia’s young people for the “real world,” almost two of five (39%) survey respondents agreed that “their college did not help them develop the skills to prepare them for the emotional or behavioral impact of the transition to the workplace.”