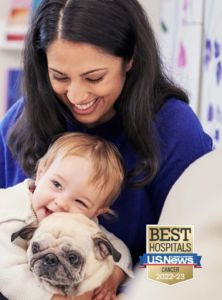 In an article titled “60 hospitals and health systems with great oncology programs headed into 2023,” Becker’s Hospital Review gives us a glimpse of one of the greatest costs of Virginia’s decades-long Certificate of Public Need (COPN) program.

The hospitals and health systems featured on this list have earned recognition nationally as top cancer care providers and many are on the cutting edge of novel therapies and researcher to improve outcomes and access to care.

The hospitals and health systems below are among the vanguard of cancer treatment and research in the country. Many of them have earned National Cancer Institute comprehensive cancer center designation and are ranked among the top hospitals for cancer care by U.S. News & World Report.

Hospitals and health systems listed below are dedicated to expanding their oncology departments and regional cancer centers to improve patient care locally and nationally. We accepted nominations for this list. Click here to find the 2023 nomination forms.

Sixty leading cancer programs. Not one of them is in Virginia, the 12th largest state. What we get, to be blunt, is state-sponsored and state-protected mediocrity among the nation’s hospitals in that specialty.

Central planning and lack of competition will produce that result. OK at a lot of things, the best at nothing.

If you want in on a clinical trial, Virginia is not the state in which to look for one.

Look at your leisure at COPN rules.

You will find no exception for excellence.

That does not mean, of course, that all of our physicians are mediocre. Or even all of our hospitals. Inova Fairfax, to name one hospital, is superb.

Family members have gotten wonderful treatment at MSK and by oncologists here in Virginia Beach.

It means that we cannot attract national centers of cancer excellence because they have no patience with COPN and regional monopolies.

COPN has never had any room for new out-of-state entrants into this closed market.

So, they ask themselves, why bother?

Congratulate your local Democratic General Assembly Delegate or Senator. Democrats have for as long as I have been keeping track voted as a block to maintain COPN.

Something about campaign donations from state health system incumbents. Donations that don’t only go to Democrats, but draw unquestioning support only there going back decades. Proving once again that Virginia hospitals are the most powerful lobby in the General Assembly.

While you are at it, ask your own General Assembly members where they plan to go if they or a family member needs cancer treatment.

This entry was posted in General Assembly, Health Care and tagged James Sherlock. Bookmark the permalink.