“Frequent Flyers” Are Not Harbingers of Anarchy 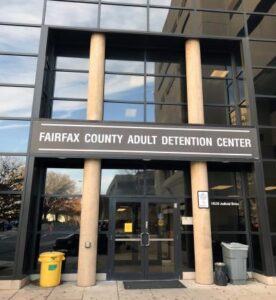 In a recent article on this blog, Jim Bacon cited the case of Ronald Thomas as a possible harbinger of a “descent into anarchy.”  One commenter cited 13 prior charges, many of which were “nol prossed”.

Just looking at a list of charges and their results can be misleading. It is necessary to look at the context.  It is common for law enforcement to charge a defendant with several separate offenses connected with the same incident.  It is also common, during the process, for prosecutors to reduce some of these charges and recommend an adjudication of nolle prosequi (“nol pros”) if the defendant pleads guilty to one or more charges.

A summary of the appearances of Thomas in Fairfax County and Arlington County district courts is set out below.  It is apparent that Thomas has been a busy man lately.  It is also obvious that he is an example of a long-time bane of law enforcement, sheriffs, and courts—a nonviolent offender who is in and out of jail frequently.  These are often referred to as “frequent flyers”.

I do not mean to diminish the seriousness of Thomas’ offenses.  Stealing is serious, especially to the person being stolen from.  In the latest incident involving Thomas,  the theft of costly, high-end cosmetics can quickly run into thousands of dollars.

However, the cycling in and out of the judicial process of nonviolent offenders is nothing new.  Thomas’ court records pre-date Descanos and Dehgani-Tafiti, the Commonwealth Attorney bête-noires of some on this blog.  I am sure that one could go back into the court records of 10 or 15 years ago, if not further, and find other examples of nonviolent shoplifters and other types of petty thieves going in and out of the criminal justice system.  Today’s example, while demonstrative of a seemingly intractable problem in the judicial system, is hardly another step toward anarchy.

In recent months, Thomas has been bouncing between Arlington and Fairfax district courts.  It is likely that, in setting sentences, judges in one jurisdiction were aware of Thomas’ status in the other jurisdiction.

In reviewing the “rap sheet” below (derived from the state’s court database), one needs to keep the following definitions and observations in mind:

Bail—Release of an offender on bail, and the amount of bond required, if any, is the decision of a judicial officer, either a magistrate or judge.  Commonwealth’s Attorneys can weigh in sometimes and ask that a bond be increased, but, generally, they are not involved in bail decisions.

Time served awaiting trial—Under Virginia law, anyone convicted of a criminal offense shall receive credit for time served while awaiting trial to be applied to his sentence.  In those cases below in which Thomas was held in custody and released on bail, he sometimes was in jail before his trial for a longer period than his ultimate sentence.

Waiver of extradition—In the court records, Thomas is shown as having a Maryland or District of Columbia address.  In several cases, the court record shows “waived extradition” as the result of the case.  Contrary to the assertion of one Bacon’s Rebellion commenter, “waived extradition” in the court record does not mean that the state or locality declined to extradite an offender from out of state. Rather, it means the opposite.  It signifies that the fugitive for whom there is an out-of-state warrant (in this case, Thomas) has waived extradition proceedings and the requesting state can come and pick him up directly without having a hearing or needing the governor’s approval. https://www.simmsshowerslaw.com/extradition-in-virginia/

Hearing on petition of State for violation of conditions of probation (11/23/2021, Fairfax)

This entry was posted in Courts and law, Crime , corrections and law enforcement, Culture wars and tagged Dick Hall-Sizemore. Bookmark the permalink.