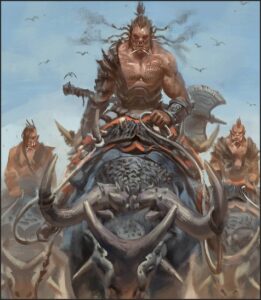 Is California-style organized retail theft coming to Virginia? I have been making the argument, based upon admittedly anecdotal evidence, that it might be. While one must be careful extrapolating from individual incidents, which might be outliers, it struck me that the type of retail crime being reported in Virginia was undergoing a phase change. We’re seeing crimes the likes of which we’d never seen before. Furthermore, I suggested that the trend may be aided and abetted by several progressive commonwealth attorneys in Virginia declining to prosecute crimes that offend their social-justice sensibilities, as has been the case in California.

In a column this morning, Dick Hall-Sizemore counters that some of what we’re seeing — the recycling of “frequent flier” petty larcenists through the criminal-justice system — has been around for years. I thank Dick for presenting an argument based on facts. Others attack my argument by attacking me. Bacon, you see, is one of those conservative curmudgeons pining for the good ol’ days when crime barely existed, therefore his observations can be dispensed with no need for further argument!

But it turns out that others are seeing a trend. Yesterday Attorney General Jason Miyares convened a working group to take a look at Organized Retail Crime (ORC) in Virginia. Retailers are reporting that pilferage is a growing problem. Thieves are getting more brazen, and they find a ready outlet for their goods as illegal resellers — in the old days, they were called “fences” — who exploit online marketplaces.

Not surprisingly, VPM found someone to pooh-pooh the work group. “This is just AG Miyares just latching on to the latest aspect of the crime wave hysteria,” said Brad Haywood at Justice Forward Virginia. “I don’t think there’s any basis in fact for the claim that organized shoplifting has suddenly become some massive social problem that requires its own work group. It just seems to be complete fantasy.”

Haywood suspects that the work group is a pretext for harsh new laws. But the limited news accounts provide no indication of that. VPM mentions the work group priority is tracking and recording organized retail crime.

As Miyares spokesperson Victoria LaCivita explained to Bacon’s Rebellion, Virginia has no process in place to document the extent of retail crime. The problem is bigger than the smash-and-grab robbers who get arrested and make it into the news, she said. It’s about the third parties who sell stolen merchandise and consumers who purchase counterfeit or stolen products.

As much as $69 billion worth of products were stolen from retailers in 2019 nationally, about 1.5% of total retail sales, according to “The Impact of Organized Retail Crime and Product Theft in the United States,” a paper prepared for the Retail Industry Leaders Association and the Buy Safe America Coalition. Two-thirds of asset-protection managers at leading retailers reported a “moderate to considerable increase” in organized retail crime, while 80% believed theft will get worse in the future.

A 2020 National Retail Federation (NRF) survey found that three in four ORC  victims reported an increase in the previous year. Thirty-one percent saw a “significant” increase, and 44% a “slight increase.”

Retail theft doesn’t affect store owners only. Retailers pass the cost of theft and store security on to consumers — when they don’t shut down stores entirely, as some have in San Francisco. Also, Miyares told WDBJ yesterday, retail crime can be a gateway to other criminal activity.

“A lot of times people will groom young victims to do some of these smash-and-grab situations, and often if you find an organized retail crime ring, you also see that they are involved in a lot of other nefarious activities, trafficking in narcotics, trafficking in people,” he said.

Why is this happening?

“Retailers believe that the increase in ORC-related incidents is a direct result of changing laws and penalties for shoplifting,” says the NRF survey. Many states have increased the threshold of how much theft constitutes a felony, which has had “the unintended consequence of allowing criminals to steal more without being afraid of stronger penalties.”

The NRF study listed the Washington, D.C. metro as 8th in a list of cities/metro areas most affected by organized crime. That reflected criminal activity before the election of progressive prosecutors in Fairfax, Loudoun and Arlington counties. It will be interesting to see how  ORC trends in those localities compare with localities elsewhere in Virginia. All other things being equal, economic logic would suggest that organized criminals, being rational actors, would focus their activities where they are least likely to suffer consequences for their crimes.

Hopefully, the new task force will shed some light on that question.