A Culture of Cowardice 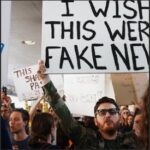 Where are the American men? Real men, not the soft-handed cellphone addicts with product in their hair and vagina hats on their heads.

Guys like my father, who once chased a pervert out of a crowded Manhattan movie theater for several blocks after a stranger took the seat next to mine and began touching my leg.

“If I hadn’t had my dress shoes on I would have caught him before he headed into the subway,” my father panted apologetically upon his return. “I would have beat him to a pulp.”

My dad wasn’t what you’d call a stereotypical tough guy, but he was the protector of our family. Mess with his daughter and he turned into the Incredible Hulk.

His willingness to defend me was enormously comforting to a frightened 10-year-old who’d been assaulted by a stranger.

I repeat, where are all the men?

You know, real men. Guys who grew up in families where they were taught to respect women. Guys who learned – mostly from their dads – that it was their job to protect people who were weaker than they were: male, female, young or old. Guys who were brave and unafraid.

Speaking of subways, get a load of this:

Just another day in new york city safest subway system, where innocent people are being harassed and assaulted.

But the mayor wants you to ride the subway instead of driving, to save the environment. pic.twitter.com/9FfVzfzLoC

How many men do you count in this video?

I can’t find any.

I do see six indifferent males, but not a single man. And the guy who watched a woman being dragged around by her hair and thought, “This will be a make a great TikTok video”? I have no words for this voyeur.

Almost all of the males in the subway car – the one listening to music, the others staring off into space – are bigger than the psycho who has that woman by her hair. If one of those observers had the cojones to get in the miscreant’s grill and tell him to “leave the lady alone” the others might have followed.

To be fair, I’m also disappointed by the female bystanders. Not one shouted at the guy to let go of the girl.

I worry about our country when folks can dispassionately watch a woman begging for help and not come to her rescue. If the creep had started stabbing her, they likely would have backed away, lest they get splattered by her blood.

This brings us to the unbelievable behavior of law enforcement officers in Uvalde, Texas last week.

How could sworn officers wait for reinforcements outside of a school while a killer was shooting up a 4th grade classroom inside?

These officers were so afraid of getting hurt that they let little kids bleed out on a classroom floor while they loitered outside and hunted for a classroom key. What happened to the practice of running toward the shooter during an event like this one?

Almost 30 years ago The Orlando Sentinel published a piece lamenting the state of the American male, “The American Male’s Emasculated Self-Image.”

No mainstream newspaper would print it today. It’s filled with what they’d call toxic masculinity.

The piece was prescient, however. The reporter quotes author and columnist, Frank Pittman, who had written extensively on the subject of the changing role of the American male.

It has been the absence of fathers – either physically or emotionally – that has exacerbated the situation.

“When boys grow up without fathers, they can’t proceed automatically into manhood,” Pittman says. “They get stuck at that stage of adolescence in which they’re trying to prove their masculinity to other boys without knowing what’s expected of them in return.”

Pittman was worried about the arrested development of males a generation ago. Things have gotten much worse in the ensuing years.

Some, like Pittman, blame fatherless homes. Others point to the haste with which little boys are medicated with Ritalin and other drugs to reduce their impulsive – read, boyish -behavior. Still others worry that too much screen time has turned males into passive viewers rather than doers.

Whatever the reason, my radio co-host, Mike Imprevento, says we are living in a Culture of Cowardice.

I fear he is right.

This entry was posted in Feminism and women's rights and tagged Kerry Dougherty. Bookmark the permalink.