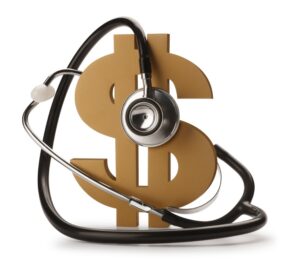 Virginia in 2018 both expanded Medicaid and increased Medicaid reimbursement rates.

Those changes orchestrated by Virginia hospitals took effect in 2019 and resulted in a major financial windfall to those same hospitals.

I have compared the 2018 and 2019 Hospitals Operating and Total Margins spreadsheets published by the state through its contractor vhi.org. They provide detailed financial performance information for every hospital in Virginia. The 105 hospitals in 2019 included acute care, rural critical access hospitals, children’s, psychiatric, rehabilitation and sub-acute hospitals.

We will see that when the Medicaid changes kicked in in 2019, Virginia’s wealthy urban hospital systems got richer.

But we will also see that those same changes rescued the rural hospitals from barely breaking even in 2018 and enabled them as a class to book extraordinary profits in 2019.

We will ask at the end of the discussion whether the state-provided outsized profitability of Virginia’s untaxed non-profit hospital systems may warrant a re-examination of their tax exemptions.

We will look first at nationwide community hospital performance and then at Virginia’s 105 hospitals of all types. You can view the hospital-by-hospital breakdown of revenues, operating profits, and operating margins here.

The Virginia hospitals we will assess first together and then by class to see what differences Medicaid changes made to their financial performances.

From Modern Healthcare, we learn

By community hospitals, Modern Healthcare means acute care and critical access hospitals. You will see that those same classes of hospitals in Virginia easily beat the national averages for financial performance.

In 2019, after the effects of Medicaid expansion and the rate increases kicked in, Operating revenue increased nearly $2 billion and operating income increased $500 million to produce an overall operating margin of 9.6%. Profits were $2.57 billion, a 34% increase from the previous year.

Community hospitals – urban – acute care and children’s. When we sort the lists for the 60 urban acute and two urban children’s hospitals and delete the others, we see that in 2018 the operating revenue was $20.98 billion, the operating income was $1.82 billion for an operating margin of 8.7% and the profit $1.86 billion.

When we break out just the rural acute care and critical access hospitals from the larger list, we see that in 2019 they too had a great year as well, especially those that were components of systems anchored by urban hospitals.

Virginia’s 21 rural hospitals had 2019 operating revenues of $1.05 billion with operating income of $100 million for a combined operating margin of 9.6%.

In 2018, that same group of hospitals, 15 acute and 6 critical care, had a combined operating margin of 0.8%, with twelve of them suffering negative margins.

The key to rural hospital profitability was size.

Thirteen of the 21 rural hospitals had operating revenue above $40 million. All but one of them had a positive operating margin. The largest by revenue, not-for-profit Ballad Health’s Lonesome Pine Mt. View Hospital in Big Stone Gap, had an operating margin of 22.7%, up from 7.3% in 2018.

Of the eight rural hospitals with operating revenue below $40 million in 2019, seven of them had negative operating margins.

If we remove the eight smallest from the list, the combined 2019 operating margin of the thirteen rural hospitals with operating revenue between $40 million and $105 million was an astounding 14.2%.

Psychiatric Hospitals. The picture is not nearly so rosy in most of Virginia’s eight psychiatric hospitals.

Rehabilitation Hospitals. Eight of Virginia’s nine rehabilitation hospitals were profitable. Encompass Health Corporation, which runs six of the nine, was profitable in each and had a combined 2019 operating margin of 13.1%.

Sub-acute Hospitals. Of the state’s six sub-acute hospitals, only two made money. Those were the two largest.

So, the 2018 combination of Medicaid expansion and Medicaid rate increases worked so well as a financial boost to Virginia hospitals that at the end of 2019 most of them were awash in money.

The richest urban systems got richer. But there is no doubt that the changes appear to have erased concerns for the viability of most of Virginia’s rural hospitals.

Finally, the Virginia hospital universe is dominated by regional monopoly non-profits. The monopolies were granted by the state, as were the Medicaid changes.

The General Assembly may wish next to examine the state and local tax exemptions of the most profitable “not-for-profit” hospital systems to determine the tradeoff between:

Either way, it is a combination of state COPN decisions and taxpayer money that pads the bottom lines and lines the pockets of the senior executives of these self-declared “public charities,” some of it in bonuses triggered by the profitability increases that were in turn voted for by the General Assembly.