Development and Sea-Level Rise in the Tarheel State 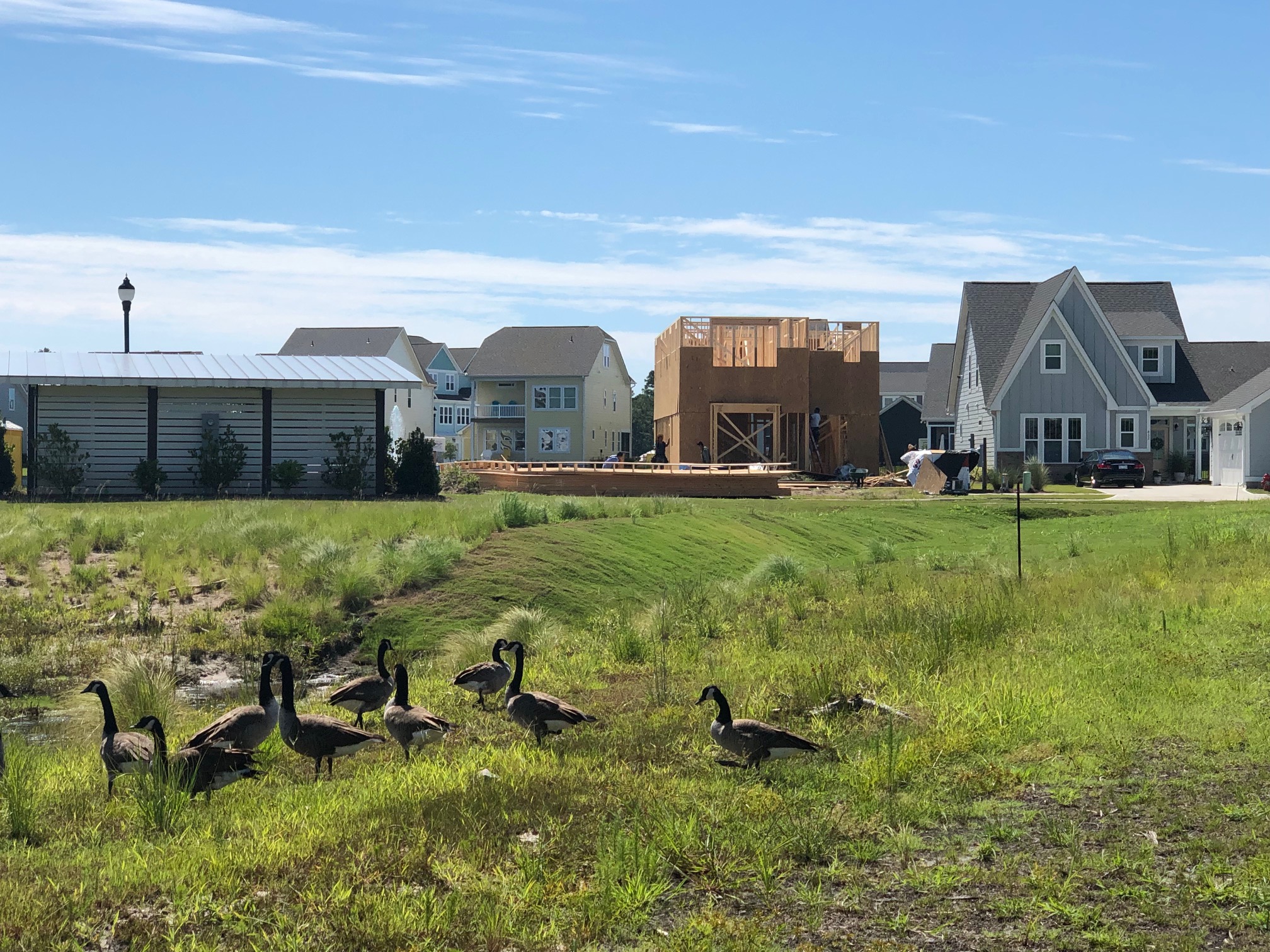 People love living on the water. They just can’t get enough of it. If they can’t afford to live on the waterfront, they will pay a premium just to live near it. Signs of the human proclivity for water views are evident all around Beaufort, N.C. (pronounced Bow-fort, not Bew-fort), a waterfront town of 4,000 to 5,000. The heart of Beaufort is a charming hamlet dating back to the 1700s. The walkable small-town core with restaurants, boutiques, marinas and quaint historical buildings is the nucleus from which development radiates in all directions.

Coastal North Carolina in these parts, just south of the Outer Banks, is as low-lying and vulnerable to flooding and hurricanes as Tidewater Virginia. I know nothing of what preparations the Tarheel state might be taking in anticipation of the kind of extreme weather events that Jim Sherlock has described in recent posts. I will simply observe that whatever restrictions exist, they don’t seem to be slowing the pace of development on the state’s barrier islands and along its sounds, channels and estuaries.

The photo above shows construction of an affordably priced development within a short bicycle distance from downtown Beaufort. The average elevation, I would guesstimate, is about 10 to 12 feet above sea level (depending upon the tide). The saving grace is that the houses are far enough inland that they are not likely to see any heavy wave action. But a good storm surge will flood them.

The positive aspect of the Carolina approach to coastal development is that waterfront property is accessible to the common man — there is an abundance of trailer parks, apartments, condos and townhouses. Waterfront living is not just for elites.

The downside is that there will be hell to pay at some point. One need not embrace the worst-case global warming scenario to believe that sea levels, which have been rise steadily since the end of the last Ice Age, will continue to push waters inland. I dare say that  North Carolina has more miles of developed coastline than any state outside Florida. I see no sign that the state has been applying the brakes to coastal growth.

Sherlock writes of building hard infrastructure, or “castles,” to protect areas of high-value development. There isn’t much of that in North Carolina. Development is smeared over miles and miles of low- to medium density on fragile and shifting sand foundations, which I expect will be massively expensive to protect. Sherlock also speaks in passing of preserving natural systems — wetlands and the like that can absorb rising tides and buffer against waves. North Carolina has preserved substantial swaths of its coastline but they are in remote areas. I don’t see much to protect the populated coastline.

A third long-term solution to sea-level rise and flooding is to limit development. The question for conservatives and libertarians is to identify mechanisms that reconcile property rights with the public good. Speaking abstractly, I would suggest that people should be able to build where they please as long as they assume the costs and risks associated with locating in flood-prone areas. People should have no expectation that society shall subsidize their flood insurance when they build in vulnerable areas. They should have no expectation that public authorities will continue to repair and maintain roads and utilities in disaster-prone areas at endless expense.

Those are the core principles. One can see them clearly when one is discussing building and development in a neighboring state, not one’s own. The devil, as always is in the details.

This entry was posted in Disasters and disaster preparedness, Land use & development and tagged Climate change, James A. Bacon. Bookmark the permalink.