Cop Who Shot Donovan Lynch Acted in Self Defense 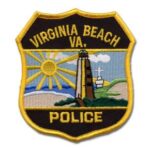 A brief special grand jury report, released to the public yesterday, described the scene as one of “chaos” and a “war zone.”

The jurors concluded that a police officer who shot and killed Donovan Lynch during the melee acted in self-defense.

The Lynch shooting became front-page news in part because the victim was the cousin of rap star Pharrell Williams, who recently yanked his Something In The Water music festival from the Beach saying there was a “toxic” energy in the city due to the handling of his cousin’s death.

Lynch was a 25-year-old African American. Naturally, there were initial accusations of racism, heavily seasoned with anti-police rhetoric.

The officer’s name is Solomon Simmons.

In the days and weeks after Lynch’s death an orchestrated public relations campaign painted a narrative of an innocent man shot dead by out-of-control cops. In a story headlined “It Took The Killing Of Pharrell’s Cousins to Rein In These Cops,” The Daily Beast invoked the George Floyd case, misspelled Donovan Lynch’s name repeatedly and pointed to the city’s new citizens review board as proof that Beach cops were a rogue bunch.

The special grand jury that was impaneled in August, however, found that the shooting was justified. They noted that Lynch’s handgun was next to his body — and not in his pocket as had been alleged — behind a hedge where he died. They found that other elements of the stories that swirled around the shooting that night also appear to be fabricated.

The jurors found that Simmons acted appropriately when he heard Lynch rack his gun and should not be charged with a crime.

You can read the three-page special grand jury report here. This is an excerpt:

“Our decision was based on careful consideration of the evidence, testimony, and the law, including, but not limited to, footage from over 100 hours of body cameras, surveillance videos, photographs, witnesses and forensic evidence. We find there is no probable cause to believe that Officer Simmons unlawfully shot and killed Mr. Lynch as he acted in justifiable self-defense of himself and others.”

The report indicates that the jurors chased down scurrilous rumors about Simmons, including that he had been drinking on the job and found them not credible.

This is another jury — like the ones in Kenosha and in Brunswick, Georgia — that took its responsibility seriously and didn’t allow pressure from powerful people to contaminate its judgment.

In a somewhat startling move, the grand jury recommended an investigation into attorney Jeff Reichart, who represents the Lynch family, “including, but not limited to perjury.”

After the release of the report, the Beach City Manager Patrick Duhaney issued a press release expressing remorse over the death of Lynch and saying that the next step is an “administrative investigation” to determine if Simmons violated any police department policies. Until that is concluded, early in 2022, Simmons remains on “administrative assignment.” 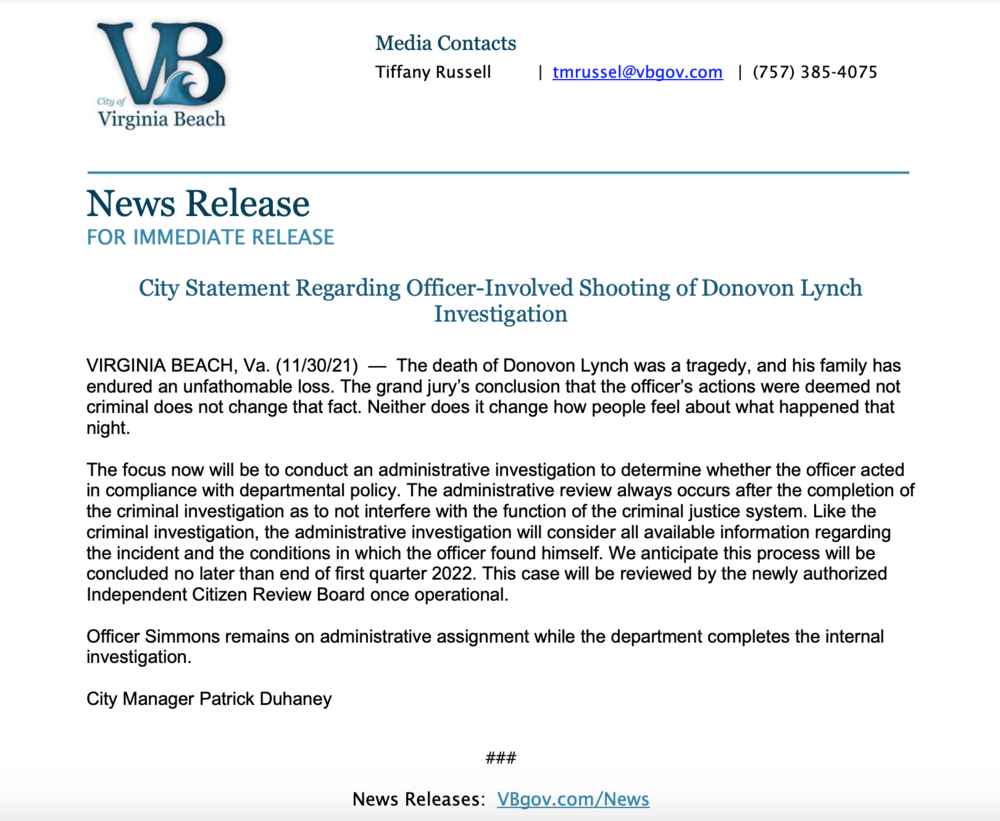 This entry was posted in Crime , corrections and law enforcement, Race and race relations and tagged Kerry Dougherty. Bookmark the permalink.