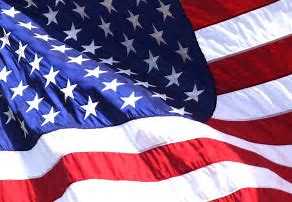 This Washington Post story needs no commentary. It speaks for itself.

RICHMOND — Construction workers erecting a new office building for Virginia lawmakers unfurled an enormous American flag on the structure this week, just in time for the Fourth of July. But hours after the flag went up, state officials ordered it removed, calling the banner a “safety risk” and potential “target” for demonstrators.

Protesters have taken to the city’s streets — including the Capitol Square corner where the 15-story future General Assembly building is rising — to decry police brutality and racial injustice since the killing of George Floyd in Minneapolis police custody in late May. While largely peaceful, the marches have turned violent at times, with protesters tearing down tall metal fencing at that corner and injuring Capitol Police with bottles and other objects.

“Over the past month we’ve seen buildings and structures around Capitol Square vandalized and flags, dumpsters, a bus and other items set ablaze during demonstrations around the city,” Dena Potter, spokeswoman for the Department of General Services, said in an email Friday. “When we saw the flag, we were concerned that it could become a target so we told the contractor to remove it.”

OK, I changed my mind. Maybe this does need some commentary….

In the mind of some state functionary, the job of law enforcement authorities is not to protect our liberties, including freedom of expression, but to maintain public order by appeasing the mob.