Building Systems to Use Methane Not From Wells 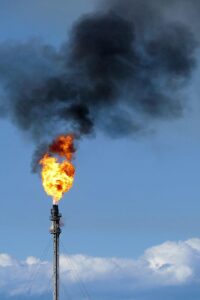 Methane escaping from a well being burned off.

Methane (CH4) is money. It is also known as natural gas, one of the most efficient fossil fuels we use, and allowing it to leak into the atmosphere when it could be used wastes energy and money.

Methane is also a greenhouse gas (GHG). But the story gets more interesting here, because when CH4 leaks into the atmosphere it mixes with oxygen and begins to break down into carbon dioxide (CO2) and water vapor (H2O), also both greenhouse gases. Burn it in your home furnace and the same byproducts result, carbon dioxide and water (and valuable heat, of course).

Methane is better at absorbing radiation and thus a more potent GHG than CO2, but it also breaks down far faster than the CO2 it eventually becomes. It all becomes CO2, whether captured and burned or released. So it is debatable whether there are huge environmental benefits behind 2022 legislation to encourage Virginia’s gas utilities to capture and sell methane from sources other than traditional gas wells.

The argument that the bill puts useful energy to work is a stronger one. Of course, that argument would not have encouraged all but one Senate Democrat and about fifteen House Democrats to vote aye at some point as the two bills wound through the process. They listened to industry claims that this is green legislation and ignored appeals from environmental groups to oppose it.

The gas industry is under huge pressure from people eager to destroy it. It has lost fight after fight to expand the supply of natural gas flowing into Virginia from nearby drilling fields, and perhaps can replace some of that lost supply by tapping non-well methane now simply escaping into the air  If some of Virginia’s fanatically green Democrats add their support and political cover to the effort, all the better. 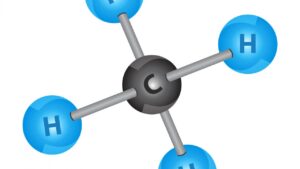 The two companion bills will be back before the reconvened session next week because Governor Glenn Youngkin has proposed a series of amendments making two changes. Actually, his amendments reject two changes the gas industry sought in the existing regulatory language and return the original versions. Neither amendment interferes with the underlying purpose.

If the amendments are rejected, the governor then would have the option to veto it. Without the amendments, he should do just that.

One amendment reverses the kind of obtuse change legislative drafters love to try. Here is what the bill sought to change, the italics being the changes:

Under that wording, a good utility lawyer would try to argue the incentive payment is due whether or not the goals are actually met. If you don’t believe that, spend some time immersed in utility case documents. Youngkin is right that “rewards” should be given “for meeting” the goals.

The industry also sought to insert, as a new test of whether a project or program is cost-efficient, a “Societal Cost Test” tied to the claimed benefits of their various conservation or energy efficiency programs. The “Save the Planet” test. Adding that would just weaken the impact of the other four tests, which are more tied to consumer cost and traditional accounting issues. The governor is again correct in insisting it be removed.

Exactly what projects to capture non-well methane and get it to customers the gas firms have in mind is not clear. In other parts of the world they usually involve large agricultural operations, capturing gas from animal waste or plant waste, dubbed in this bill “biogas,” and “produced through the anaerobic digestion or thermal conversion of organic matter.”

The bill also allows the companies to capture and transport to customers “low-emission natural gas” (which is also low energy content gas) and adds hydrogen into the statute. As it now stands, this bill is woefully inadequate to regulate the transport and sale of hydrogen if and when that day ever comes. That will take a massive new distribution system.

Methane and carbon dioxide are both byproducts of life and its subsequent decay. Rice production is a major methane source. In fact, all natural wetlands produce methane, and the environmentalist demands to protect and expand wetlands have the unintended side effect of making more methane. Even so, it is a tiny component of the vast atmosphere, less than two parts per million, just slightly more prevalent than not existing at all.

Human extraction and transportation of underground methane for fuel also produce leaks which add methane to the atmosphere, but the industry is under pressure worldwide to reduce that. The lost methane is lost revenue, but that apparently is not sufficient incentive to plug the leaks. So, this bill also allows Virginia gas companies to add any “enhanced leak detection and repair costs” to the items customers must pay for.

We pay to plug the leaks or rebuild the leaky systems and the company gets to sell the saved gas?  Whether this really should be a ratepayer cost was another aspect of the bill that was begging for more scrutiny.

Supporters of the bill are correct that the State Corporation Commission will retain authority to reject projects if they are deemed imprudent or unreasonable or will cost consumers too much. Nothing is declared to be automatically “in the public interest.” Supporters were probably also correct that the law as it stood before wouldn’t support this new approach. But the bill has some sweeteners, two of them being denied by the pending governor’s amendments.

Another obvious amendment the governor did not make would have removed language granting the utilities an enhanced profit margin, an extra 100 basis points of profit as the project’s equity cost is recovered. In an earlier exchange on Bacon’s Rebellion, former Virginia Natural Gas President Jim Kibler wrote:

In this case, unlike the (Virginia Clean Economy Act), the General Assembly is asking the gas utilities for help in reducing the methane emissions from other sectors of the economy and to put up with NIMBY. That’s what the incentive is for.

No, the General Assembly didn’t ask anything, these companies wrote these bills and sought patrons. Any third-party source of methane they work with will be voluntary and probably compensated.  The NIMBY fights that always pop up with energy infrastructure these days (especially pipelines) are inevitable and unrelated to the cost of capital. But they asked for the sweetener and got it.

Unrelated to the main purpose of the bill, the drafters went through the existing gas statute and quietly removed some references to the goal of conservation efforts being lower consumer bills or consumer costs. These were replaced with pledges to seek reduction in customer energy use instead. The cost impact of this, as always not asked about by legislators and not in the impact statements, is going in one direction only – up.