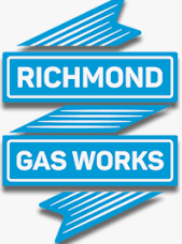 Efforts to repeal or amend the Virginia Clean Economy Act are not the only bills pending at this 2022 General Assembly to mount a bit of defense against The War on Fossil Fuels.

If the City of Richmond decides in the future to close its municipal natural gas utility, a step its governing body endorsed in concept last year, it would first need to seek a buyer for the operation under legislation just filed.

Call it the Right to Natural Gas Bill, or “We Are Not San Francisco” legislation, in honor of the California city and region where the movement to prohibit natural gas use in buildings and even restaurant kitchens is growing.

Proposed House Bill 1257, introduced by Delegate Terry Kilgore, R-Gate City, calls for three years’ notice to customers of any such effort at a shut down, and a fire-sale auction of the assets to private owners if a negotiated transfer is not worked out. It would also prohibit local ordinances that restrict the use of natural gas in new or existing businesses and prevent existing municipal gas suppliers from denying new connections they could otherwise support.

Non-utility gas providers, usually of propane or similar products not provided by a formal utility, would enjoy similar protections if this bill passes and is signed.

As first reported by Bacon’s Rebellion, and in general ignored by the rest of the Richmond news media, the Richmond Gas Works serves about 120,000 customer accounts in the city and the suburban counties of Henrico, Chesterfield and Hanover. The proposed bill closes a gap in state law, which didn’t really contemplate the need to protect captive municipal utility customers from such a threat.

The only governing document now is the City of Richmond Charter, which is General Assembly-approved and thus also has the weight of state law. That could pose a wrinkle for this bill, as it requires a successful referendum of the city’s voters before any such sale could occur. The customers in the other jurisdictions involved, Chesterfield, Henrico and Hanover, would not be voting despite their vested interest in the outcome.

Delegate Tony Wilt, R-Harrisonburg, has House Bill 1267, which seeks to reverse the Air Pollution Control Board regulation that aligns Virginia’s motor vehicle emission rules with the California Air Resources Board. That was the subject of this report in December. The headline is that by mirroring California, the sale of new gasoline and diesel vehicles will be banned in Virginia by about 2035.

Wilt’s bill does not seek to prevent such an outcome outright. Instead, it:

1) Requires the Air Board to start over and hold a full Administrative Process Act review of the proposal to give sovereignty to California, with the normal public comments and economic impact reviews. The previous legislationa, pushed through when Democrats controlled Virginia’s government, voided the requirements of the APA.

2) Delays until 2030 the implementation of California rules on Virginia’s automobile sales, not 2025 as directed in the current law and regulation.

This situation is similar to what the Youngkin administration faces in seeking to remove Virginia from the Regional Greenhouse Gas Initiative, with its related carbon tax. A prior successful General Assembly bill authorized (and some will claim required) the Air Board to adopt these related regulations. That takes the issue back to the same citizen board with the relevant regulatory authority.

Another approach, one that has been hashed out in a previous General Assembly session, simply strips the Air Board of most of its authority over regulations and permits. The Department of Environmental Quality, under a director and cabinet secretary appointed by the Governor, would take on those tasks.

A version of that approach can be seen in Senate Bill 657, from Senator Richard Stuart, R-Westmoreland. Delegate Robert Bloxom, R-Accomack, has House Bill 1261 to change the appointment process for that board and the Waste Management Board, giving the legislature some seats to fill. Its final clause strips them and the State Water Control Board of permitting authority, but not of regulatory authority.

All of these measures face a hostile reception in the Senate of Virginia, still controlled (21-19) by Democrats for whom the War on Fossil Fuels is a political touchstone. Only the bill dealing with municipal natural gas utilities and potential local natural gas bans is an issue not debated before, and thus a “bill of first impression” where no legislator has prior votes on the record.