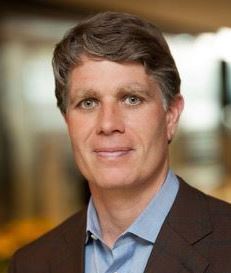 You’d think James Socas would know better. As an employee of the Blackstone Group, he invests in technology companies. He knows what it takes to run successful business enterprises. He has even served two terms on UVa’s alumni association board. But he’s willing to cut Virginia public universities plenty of slack when it comes to the way they run their enterprises.

In an op-ed he wrote for the Richmond Times-Dispatch, Socas calls for greater state funding for Virginia’s public colleges and universities — with no strings attached and no calls for accountability. He should know better.

The op-ed makes some legitimate points. Higher-ed is an engine of economic growth. And the importance of higher education will only grow as the economy increasingly revolves around information technology, data science, machine learning and robotics. “Almost 50% of all employees,” he writes, “will need reskilling by 20205 as work becomes more knowledge-intensive and higher-order cognitive skills such as creativity, critical thinking and advanced problem-solving become more important.”

By creating or expanding programs that address skills gaps and target emerging opportunities, colleges and universities can ensure Virginians are positioned for success. Examples include George Mason University’s and James Madison University’s programs in cybersecurity; the University of Virginia’s (UVA) initiatives in data science; and Virginia Tech’s genomics sequencing center.

While it is true, as he observes, that many other states subsidize their higher ed sectors more than Virginia does, the fact that other states fail to hold their colleges and universities higher for runaway costs is no reason for Virginia to do the same.

His column is so full of unfounded and unexamined assumptions that it is impossible to list them all. But I’ll hit the highlights.

Socas repeats the old chestnut that Americans with advanced degrees earn more than high school grads. True. But he quotes average numbers. He ignores the fact that some degrees provide a much greater return in the job marketplace than others. We need more engineers, not more sociology majors. He ignores the fact that a significant percentage of college grads are over-educated, engaged in occupations that make no use of their college degrees.

Even pumping more money into STEM programs is a fool’s errand and does nothing to grow the technology economy if students don’t enroll. And students won’t enroll if they don’t acquire the requisite math and science skills in high school. I have seen no documentation that the supply of STEM education capacity in Virginia falls short of student demand. The problem is the shortage of students capable of enduring the rigors of STEM disciplines. Virginia needs to address the talent “pipeline” issue before mindlessly expanding engineering and science programs. Otherwise, those programs will end up competing with one another for a limited supply of qualified students.

Meanwhile, Socas asks nothing of Virginia’s colleges and universities, many of which are obsessed with raising their national rankings and making investments that enhance their prestige rather than making college more affordable. He does not call for them to sharpen their focus and curtail mission creep. He does not ask them to curtail bureaucratic bloat. He does not insist that they address the low productivity of faculty, especially of senior tenured faculty members who get paid the most. Perhaps most importantly, he ignores the need to systematically review and cull under-utilized programs so colleges can reallocate resources to fast-growth programs.

Yes, building a tech-savvy workforce is critical to Virginia’s future. Yes, expanding programs to provide those skills is critical, too. But Socas doesn’t come close to making the case that indiscriminately increasing state funding for Virginia’s ossified system of higher education is the best way to accomplish that goal. For a glimpse of alternative ways of delivering technology skills, take a look at Amazon Web Service’s certification program described here. Socas knows something about technology companies. Perhaps he could do some creative thinking about how the unsubsidized AWS model might accomplish Virginia’s economic-development goals at far less expense.