About Those 30 Police Shootings in Virginia Last Year… 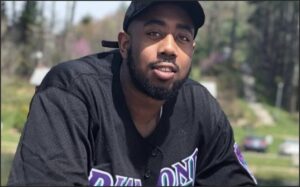 Police shootings generate an inordinate amount of attention in the media, but the number of incidents is remarkably rare. Of the millions of interactions in 2021 between police and citizens here in Virginia, including 187,000 arrests, there were 30 police shootings resulting in injury or death, according to the Crime in Virginia 2021 report/. Of those incidents, 19 resulted in fatalities, and 12 in injuries. (One incident resulted in two injuries.)

One shooting for every 6,300 arrests. That’s not the impression you’d get from watching Hollywood-produced television and movies… or paying attention to the media, for that matter. 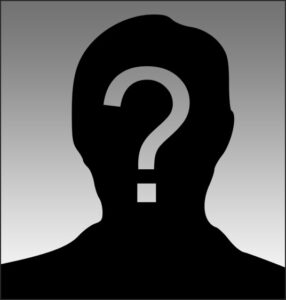 If you found that figure surprising, brace yourself for the real shocker — the racial identity of the shooting victims.

A Skeptic Research Center poll asked the question, “how many unarmed Black men were killed by police in 2019?” Twenty percent of respondents identifying as “very liberal” guessed the number to be about 10,000 or more. Even small percentages of self-identified conservatives gave the same response.

As the Skeptic Research Center noted, the media-fed popular impression was wildly off. Nationally, only 13 unarmed Black men were fatally shot by police in 2019. Last year, here in Virginia, that widespread perception is even more divorced from reality. Here follows a list of Virginia shooting victims in 2021 culled from The Washington Post police fatal shooting database:

(Note: For purposes of the comparison, the Crime in Virginia 2021 report lists 30 police-involved shootings, 19 of which resulted in fatalities and 12 of which in injuries. Note also: where the race was unidentified in the WaPo database, I consulted updated media accounts to try to identify it.)

Thirteen of the fatal shooting victims were White, five were Black, and three were unidentified. In the vast majority of cases, the victim was armed with a gun or knife. Only one person in this list was said to be unarmed — Richard Thomas, who was sitting in his parked car, apparently intoxicated. He refused to comply with demands made by sheriffs deputies. Witnesses said he claimed to have a gun and threatened to shoot the deputies. Deputies shot him five times. No gun was found.

The incident received brief treatment from a local TV station.

By contrast, another shooting became a national story. Donovon W. Lynch was shot by police when mayhem broke out in the resort area of Virginia Beach one Friday night. In a chaotic scene involving a string of shootings, in which a bystander was also killed, police say Lynch was brandishing a handgun when he was shot. The police account has been disputed, and the incident became national news when it was revealed that Lynch was a cousin of music star Pharrell Williams.

In one state, Virginia, in one year, 2021, two-and-a-half times more Whites were killed in police shootings than Blacks. In almost every case listed, the victims were armed. The one victim who indisputably was not armed was White. Aside from one local TV station, no media outlet cared. Another incident, in which a Black shooting victim was said in contested versions of the event to be unarmed, became the subject of repeated local news stories, updates and commentary, and went national.

Selective reporting is how media narratives are sustained and why so much of what we think to be true is not.

This entry was posted in Crime , corrections and law enforcement, Media, Uncategorized and tagged James A. Bacon. Bookmark the permalink.