Abortions in Virginia – Data for the Debate 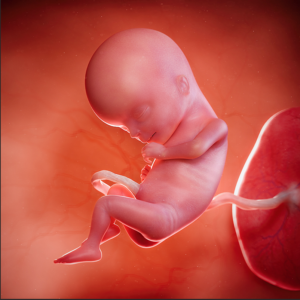 With all of the controversy, it is useful to know the facts of what has been happening with abortions in Virginia.

The Centers for Disease Control conducts abortion surveillance to document the number and characteristics of women obtaining legal induced abortions and the number of abortion-related deaths in the United States.

The last CDC annual abortion surveillance report was for 2019.

It provides useful reference material inasmuch as several of its data tables are broken out by state. I have chosen four: number, age of mother, race/ethnicity and known weeks of gestation.

All tabular data below are from CDC’s 2019 abortion surveillance report.

In just the two years between 2019 and 2021, the Census Bureau estimates that Black (non-Hispanic) percentage of Virginia’s population dropped from 19.4% to 18.4% while the state’s population grew by about 107,000.

The high incidence of Black abortions and the high rate of accidental and violent deaths of young Black men have taken their toll at the beginning and end of Black lives.

The increase in Virginia’s population from 2019 to 2021 appears to have been driven by childless adults moving to the state. 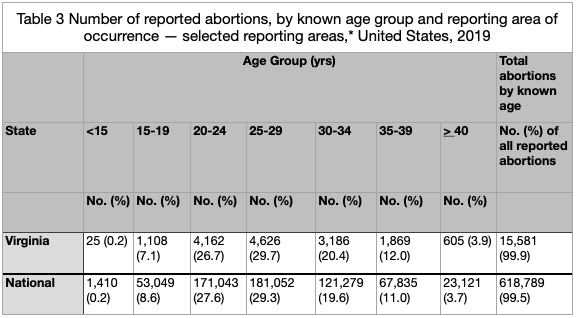 At what age? Virginia women have abortions at somewhat older ages than women nationally. 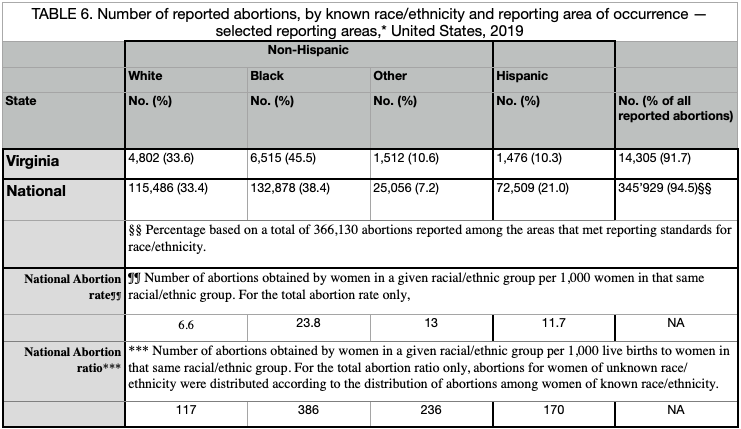 The CDC did not share rate and ratio figures for Virginia.

Weeks of gestation and potential Virginia laws. Then there is this.

If Roe had been overturned and Virginia had a law in 2019 that abortions after 15 weeks were legal only in cases of incest, rape and the life of the mother, 2.5% would have been scrutinized against those permitted exceptions.

We do not know how many would have passed that scrutiny.

If the law had been 20 weeks, the total scrutinized would have been 90 — 0.6% of the nearly 8,000 abortions performed. Again, how many would have passed incest, rape and the life of the mother scrutiny is unknown.

If the law were to ban abortion without exception as some propose, it would have involved nearly 8,000 women in one year.

Bottom line. Those are the data behind the debate.

I am afraid in Virginia that only safe-district General Assembly radicals on both sides of the debate will introduce legislation that virtue signals to their bases without broad appeal.

This entry was posted in Abortion and tagged James Sherlock. Bookmark the permalink.