A Curious Concern for Criminals 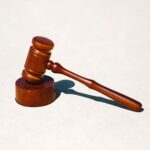 For more than 20 years Virginians didn’t have to worry about their parole board springing dangerous criminals. The revolving prison doors had been shut tight by Gov. George Allen’s Truth-in-Sentencing legislation in 1995.

The parole board was a vestige of a different time. Its members went through the motions of parole hearings for those who had been sentenced before 1995. Few gained parole.

That changed with Gov. Ralph Northam. Using COVID-19 as an excuse, his parole board this year began energetically releasing criminals. Bad ones. And in their frenzy to spring some of the commonwealth’s most violent criminals the board apparently ignored rules that required prosecutors get a 21-day heads-up before criminals were freed. Oh, and in some cases, victims’ family members weren’t notified either.

We ran a series of stories last spring about the hairballs that were now on the loose. An ugly assortment of killers, from a guy who raped, abducted and murdered a 78-year-old woman to a Richmond cop killer.

The freeing spree caught the attention of Virginia’s Inspector General who investigated complaints against the board. Members of the news media submitted Freedom of Information Act requests to see the report, but by the time it was released, the report was covered in black ink.

Now The Virginia Mercury reports that the redactions were done after the report was sent to the Northam administration.

That report should have been released to the public without any censorship. This is the people’s parole board. Its members have a duty to keep the public safe. Yet its members were sending violent criminals back into our neighborhoods.

Apologies for this lengthy excerpt, but this is important. It shows the Northam administration worked to keep the findings from the public:

In late July, employees in Virginia’s Office of the Inspector General were preparing to release what they seemed to think was an important report on alleged misconduct by the Virginia Parole Board.

On July 23, Inspector General Michael Westfall emailed a staffer saying the report was “ready for issuance.” It concluded the board had violated state law and its own victim-notification procedures while granting parole to an inmate convicted of killing a Richmond police officer in 1979.

But before releasing the report, records show the inspector general’s office (OSIG) sent Gov. Ralph Northam’s administration an advance notice that the document would be distributed “on or about” July 24 to journalists who had requested it under the Freedom of Information Act.

The email appeared to set off a chain of events that would delay the report’s release and end with the redaction of nearly everything in it, according to emails the Virginia Mercury obtained through public records requests.

The correspondence reveals members of Northam’s administration, who publicly stated they wanted more transparency in the matter, were working closely behind the scenes with the Parole Board as it sought to ensure most of the information would be withheld from public view. It also shows Northam’s administration helped craft the board’s formal response casting doubt on the veracity of the inspector general’s findings.

This is serious stuff. Virginians deserve transparency from the parole board. That body’s job is not to use squishy standards to release hardened criminals back into the community. The first priority of the parole board should be protection of the law-abiding public.

One thing is becoming increasingly clear: Virginia’s criminals have a friend in Richmond.