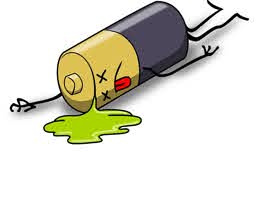 Let me tell you a sad yarn about buying green cars in Virginia.

Due to a dead hybrid battery after 14 years and 192,000 miles, we recently traded in our classic 2006 Toyota Prius for a new Toyota RAV4 Hybrid LE, the cheapest green RAV4.

Had we lived in a different Blue state, we could have purchased the luxurious new RAV4 Prime Plug-In ($40,000 car), with heated seats and all of the fancy extras, cheaper (after taxes) than the $28,000 economy hybrid model, with no heated seats. How is this possible? Well, states like Colorado offer up to $5,000 plug-in vehicle rebate on top of the existing Federal $7,500 tax credit.  Furthermore, some states throw in generous additional benefits for plug-ins, such as free HOV/HOT lane use during the gridlocked rush-hour.

Virginia has no plug-in vehicle incentives yet, but per Jim Bacon’s recent article, that is on the agenda. The Old Dominion, however,  has a systemic problem in the new car showroom: high property taxes. Just ask former NFL star Michael Vick, who learned the hard way that the Virginia car tax is a progressive tax, especially punishing to newer cars, cleaner cars, and expensive cars.

Let’s take a close look at the green car math. Below I compare NoVA car costs to our neighbors in Washington, D.C. , which offers excise tax-free purchase of all green vehicles over 40 MPG EPA City.
Firstly, let’s assume that I had purchased that fancy new, up-scale, Toyota RAV4 Prime Plug-in:

In reality, we purchased the economic 2020 RAV4 Hybrid (math below). Hybrids (HEV’s) do not plug-in, instead they sip 100% gasoline as their only energy source. It is interesting to note that Washington, D.C., is the only state that still gives a tax credit for hybrids (if they are over 40 MPG EPA City).

Thus, had we lived in D.C., we could have bought the luxury RAV4 Prime plug-in more cheaply than some Virginians can get the non-plug RAV4 base models.

In many blue states, it’s a no-brainer to buy the top-of-the-line RAV4 Prime plug-in version, due to superlative state incentives. Residents of D.C. have a slightly more complex decision though, because D.C. discounts the HEV hybrid too.

Seems to me that Washington, D.C., sets a good example here. If we are truly interested in carbon-reduction (are we?), then fuel-efficient hybrids should be part of that equation. In this regard, honorable mention also goes to Arlington County, which historically offers a reasonable car tax discount for hybrids and plug-ins.

Overall, HEV hybrids face an uphill, if not a losing battle in America. Many blue states and utilities strongly favor Plug-ins over hybrids. Many red states are penalizing HEV hybrid owners with unfair extra taxes, making hybrid ownership financial non-sense in those states.

Virginia has an opportunity to lead on CO2 reduction by embracing hybrid cars as well as plug-ins. But the eco-success of any such Virginia CO2 reduction and incentive strategy probably necessitates car tax reform.

(5)  Maryland’s plug-in financial incentives, historically similar in magnitude to DC,  have apparently expired as of June_2020 (free HOV is allowed).

This entry was posted in Transportation and tagged Bill Tracy, Climate change. Bookmark the permalink.