A Budget Cut for Higher Ed 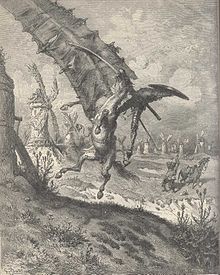 I am used to tilting at windmills, making proposals that have little chance politically of being adopted. This is another one of those forays.

Here is a proposal for addressing higher education fiscal issues:

These actions would have three advantages:

This proposal would result in a net five-percent reduction in high ed appropriations and they would squawk loudly. However, I have seen how agencies can absorb five percent budget cuts without significantly affecting their overall operations.

Ideally, the budgets of higher ed institutions would be subject to the same scrutiny as those of other agencies and just as accountable. However, higher ed finance is so complicated that it would take a significant increase in state budget staff to properly oversee higher ed. For example, while I was at DPB, my main assignment was the Department of Corrections, with a couple of smaller agencies thrown in. In contrast, one higher ed analyst was assigned both UVa and VCU for a long time and, for a short time, also had Va. Tech. Each higher ed analyst had at least two major institutions, along with several smaller agencies. Besides, the people in the budget offices of those institutions are the ones who best know where the fat is. Therefore, it would be much more efficient to impose a five- percent cut and let them figure out how to deal with it.

This entry was posted in Education (higher ed), Uncategorized and tagged Dick Hall-Sizemore. Bookmark the permalink.