Will VMPI Eliminate Accelerated Math Courses or Not? 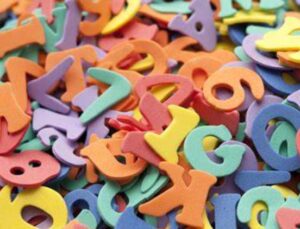 Over the weekend, the Virginia Department of Education overhauled its web page devoted to the proposed Virginia Mathematics Pathway Initiative (VMPI), which has caused an uproar among parents who fear that the new curriculum would eliminate accelerated mathematics classes for high-achieving students.

The new page contains the following statement not found in the original:

The implementation of VMPI would still allow for student acceleration in mathematics content according to ability and achievement. It does not dictate how and when students take specific courses. Those decisions remain with students and school divisions based on individualized learning needs.

Yet the Northam administration has repeatedly justified the curriculum overhaul on the grounds of “equity,” or the reduction of educational-achievement disparities between different racial/ethnic groups. The new website still points to “additional resources” such as, “Mathematics Education through the Lens of Social Justice,” and “Closing the Opportunity Gap: A Call for Detracking Mathematics.”

If a foundational premise of the new math curriculum is to do away with tracking, but Team Northam says it will maintain “student acceleration … according to ability and achievement,” how is that going to work?

Is there some subtle distinction between “tracking” and “student acceleration” that I’m overlooking here? In a response to Fox News, VDOE spokesman Chuck Pyle tried to thread the needle by introducing the concept of “differentiated instruction.” By that, he said, he means “providing instruction that is catered to the learning needs of each child (appropriate levels of challenge an academic rigor).”

Oh. So, teachers will be expected to teach math at different levels within the same class. Does anybody believe that will turn out well?

The term “differentiated instruction” does not appear once on the VMPI web page. Virginians will be forgiven for thinking that Team Northam has been backtracking and dissembling to quell the furor.

This is what the “Closing the Opportunity Gap” paper says:

As a practice, tracking too often leads to segregation, dead-end pathways, and low quality experiences, and disproportionately has a negative impact on minority and low-socioeconomic students. Additionally, placement into tracks too often lacks transparency and accountability. Overall, tracking does not improve achievement but it does increase educational inequality. In light of this, NCSM calls instead for detracked, heterogeneous mathematics instruction through early high school, after which students may be well-served by separate curricular pathways that all lead to viable, post-secondary options.

And this is what the “Mathematics Education through the Lens of Social Justice” paper says: “Eliminate tracking systems that sort children based
on perceived ability and demographic profile.”

Can’t get much clearer than that.

There’s more, if you can stomach reading it. The thinking behind this initiative is derived from Leftist political theory:

Multiple meanings to mathematics… Math as a more dynamic humanistic and just endeavor… Math as an analytical tool to transform the world… That is the intellectual framework behind the Virginia Mathematics Pathway Initiative.