Will the Left Scrap Bail Reform After Waukesha? 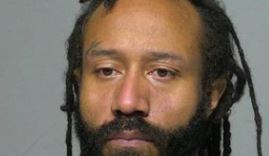 Looks like we can add “bail reform” to “defund the police, ” “school choice” and “CRT” as issues that will fuel the 2022 red wave.

The far left, in Virginia and elsewhere, has been pushing hard to do away with cash bail because they say it discriminates against poor defendants.

Maybe it does. But it also keeps dirtbags in jail where they can’t harm their wives, innocent children or strangers.

Mark Herring made bail reform a key part of his campaign. One more reason to be relieved that the voters tossed him out of office.

Darrell E. Brooks, 39, the man accused of killing four women and one man in Waukesha, Wisconsin on Sunday and injuring 48 others, including children, was out on bail when police say he plowed his SUV into a Christmas parade.

Darrell Edward Brooks, the man who was taken into custody by police over the #Waukesha Christmas parade mass casualty incident, expressed hatred of former president Donald Trump in one of his rap tracks. He also expressed black nationalist antisemitic views. #BLM pic.twitter.com/BhT7BrX5mL

In a just world, this monster would be in jail. In a world where steep bail is seen as unfair, he was on the streets of Waukesha, Wisconsin. just days after trying to run over the mother of one of his children with his SUV.

CNN has a surprisingly accurate account of this one-man crime spree:

Brooks had been released on $1,000 bail earlier this month, according to court records and the Milwaukee County District Attorney’s office, which said in a statement released Monday that the bail had been set “inappropriately low.” The charges stemmed from a November 2 incident in which Brooks is accused of running over a woman with his car while she was walking through a gas station parking lot, according to a criminal complaint.

Brooks was also charged with bail jumping, because he was already out on bail following a July 24, 2020, incident, according to court documents.

In a statement, the Milwaukee DA’s office now says that they should not have recommended such a low bail for Brooks and have launched an internal review into the decision.

“The State’s bail recommendation in this case was inappropriately low in light of the nature of the recent charges and the pending charges against Mr. Brooks,” the office’s statement said.”

As of late Monday night, 10 children were in the ICU thanks to the homicidal maniac driving that SUV.

The grisly news out of Waukesha apparently went unnoticed by the jihad squad in Congress. Rep. Alexandria Ocasio-Cortez spent Monday working to get rid of bail. If she gets her way there will be even more Darrell Brookses on the street.

The left in this country doesn’t get it. Just as AOC wants to be safe on Capitol Hill, ordinary, decent people want to be safe in their homes and at Christmas parades.

If appropriate bail had been set a couple of weeks ago, Brooks would be locked up and the world wouldn’t even know that Waukesha had a Christmas parade.