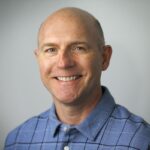 The Richmond Times-Dispatch weather reporter has entered the political debate over Governor Glenn Youngkin’s efforts to exit the Regional Greenhouse Gas Initiative (RGGI). But is he really a weather reporter, or a climate warrior?

Sean Sublette’s on-line report on RGGI is packaged as a simple recitation of facts, but it is the selection of which facts to include and exclude that makes it interesting, and he gets many facts wrong. At the start, he makes one central claim which I have disputed: that Virginia entered RGGI “through an act of the General Assembly.”

Virginia entered RGGI through a regulation adopted by the Air Pollution Control Board, which was followed by Virginia signing a contract. The legislature authorized but did not mandate RGGI participation and the carbon tax. It mandated carbon reductions, but not the method. His opening assertion takes a side in the argument, against the current Governor.

Actually this is his opening assertion, after noting that the program exists to reduce carbon dioxide releases: “These gasses are directly tied to observed planetary warming.” From the same level of scientific certainty that brought you cloth masks against a virus.

No one should be surprised that this is his first premise. Sublette came to the newspaper last year from an organization called Climate Central, part of the climate catastrophe-industrial complex that promotes the wind and solar industries. Here’s a pretty typical example of his output there, this on “the hottest global year on record.”

More on Climate Central at the end of the article.

Sublette’s RGGI article for the Times-Dispatch describes the auction process where Dominion Energy Virginia and other companies with large power plants buy allowances to emit carbon dioxide. Then he states that the 2021 auction price was $2.38. Wrong. For the first auction last year the price was $7.60, and by the final one, $13 per ton. It will likely grow in 2022, another “fact” he omitted.

He then describes various examples of how the carbon tax money is being spent by the state, 45% percent on flood mitigation projects and 50% on energy efficiency projects, mainly in individual homes. Sell them the shiny benefits before showing the price tag.

More than 20 paragraphs down he finally comes out with the largest whopper of all: “RGGI returned $227 million to Virginia.” RGGI didn’t “return” squat to Virginia. Virginia-based companies paid it all, and the largest allowance purchaser (Dominion Energy) is charging the cost back directly to customers on monthly bills. Look at your next Dominion bill and you will see the RGGI amount detailed in the list (thank you whoever did that).

Did some revenue come because a Virginia allowance was bought by an out-of- state buyer? Maybe. Likewise Dominion could be buying a Delaware allowance, and its customers’ tax money then goes to Delaware to spend. But basically Virginians pay for RGGI in Virginia.

Sublette does write about the cost imposed on Dominion bills, carefully avoiding the word tax but reporting it adds about 2%. He ignores how companies other than Dominion pay for allowances. He glosses over the impact RGGI has had on electricity prices in the other Northeastern states that participate, which now have some of America’s highest power costs. He fails to note that power companies in those states quietly import power derived from coal and natural gas from elsewhere, as Dominion is warning it might have to do.

Sublette quotes Dominion spokesperson Ray Daudani, who indicates Dominion is reducing its carbon emissions due to RGGI, and then goes on with a gratuitous plug for offshore wind. Dominion had been reducing its carbon emissions for years, long before RGGI, and there are other demands for it to do so in state law. This fact he omits, but a State Corporation Commission judge noted it.

I’ve been watching for Sublette to show his climate warrior colors, and so far, it has been fairly subtle when he does. Here was a quote from his introductory column two months back. I added the emphasis:

The last 30 years have taught me that the atmosphere does not easily give up its secrets, but my goal is to help us all be prepared for what’s out there and manage it the best that we can. Thunderstorms, winter storms, and hurricanes all bring different risks to us in Virginia, but a little preparation can go a long way in being ready for the impacts of the short term weather. And in the longer term, we can also work to slow down and adapt to the impacts of our warming climate.

With snow and freezing weather hanging around despite 30 years of predictions they wouldn’t, the current central claim of the movement is that severe weather events are getting worse due to greenhouse gases (another example from the Times-Dispatch webpage today here.) It fails on its first premise, because severe weather events are not getting worse. For once they are using data that can be checked for truth.

In the past couple of months, I’ve gotten plugged-in more than ever with the other side, which would like to be known as climate realists but are always tagged in the mainstream media as climate deniers and tools of the fossil fuel industrial complex.

One I have begun corresponding with, Kip Hansen, did a piece on Climate Central published by WattsUpWithThat.com.  An excerpt:

In reality they are part of a large, well-organized group of inter-connected news organizations and climate emergency advocacy groups engaged in an open and widely successful propaganda campaign to promote a sense of alarm and fear by insisting that there is an existential Climate Crisis or Climate Emergency.

Climate Central is an acknowledged  member of the climate alarm propaganda group Covering Climate Now, and also uses its own resources “to generate thousands of local storylines and compelling visuals that make climate change personal and show what can be done about it. We address climate science, sea level rise, extreme weather, energy, and related topics. We collaborate widely with TV meteorologists, journalists, and other respected voices to reach audiences across diverse geographies and beliefs.”

Apparently the network is now deeply embedded in Richmond, arriving on your front stoop daily.