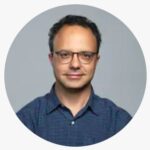 Our esteemed Jim Bacon has been on a tear in recent months writing about media coverage of the problem of systemic racism at the Virginia Military Institute.

Of special interest to Jim is the reporting of Ian Shapira, a Washington Post reporter who has been digging into the VMI. After his stories were published, the superintendent of VMI retired and an inquiry was launched.

Jim doesn’t like what the Post and Shapira have done. Some of Jim’s headlines go right to the jugular including “VMI Update: The WaPo Makes Another Sleazy Insinuation” and  “WaPo Ratchets Up Assault on VMI.”

At one point, Jim made this observation: “Polish up that Pulitzer. It looks like The Washington Post is vying again for the big prize in journalism”

Well, guess what happened? Shapira and the Post have won a George Polk award for their VMI coverage. The citation reads thusly:

“Ian Shapira of the Washington Post has won the award for State Reporting for laying bare overt racism at the state-supported Virginia Military Institute. Among other things, he persuaded aggrieved Black cadets to open up about their experiences at the hands of whites. His series of articles led Governor Ralph Northam (an alumnus) to order an independent investigation. They pressured VMI’s board to remove a statue of Confederate general Stonewall Jackson and forced the resignation of VMI’s superintendent, who was succeeded by the first Black to lead the 181- year-old institute.”

It is too bad that so many conservatives buy into the Trumpian, Fox News and Breitbart crusade to make people believe the mainstream media puts out “false news” and tries to discredit journalism professionals. I read Shapira’s work and found it straight. Ditto the reporting of the Roanoke Times which broke the VMI story last summer.

I say this as a professional journalist with nearly 48 years of experience. I love the industry and hate to see it trashed unfairly. The Polk award, by the way, was named for a CBS correspondent George Polk who was covering unrest in Greece and was found dead.

So, it appears that the Post has “polished up its Polk.” As for the Pulitzer, they are announced in April. Stay tuned.