Who Is Tommy East? 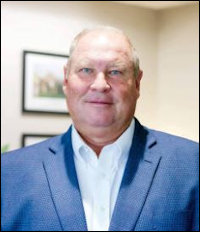 Tommy East sits as the Nursing Home Industry representative on the Virginia Board of Health. He is the President & CEO of Heritage Hall Healthcare and Rehabilitation Centers, an operator of nursing homes headquartered in Roanoke.

Medicare Nursing Home Compare data and the state records maintained by Virginia Health Information were last updated on March 30, 2020, from facility payroll reports. In those data, 42 of Virginia’s 286 Medicare and Medicaid long-term care facilities reported one-star (much below average) staffing levels. More than half of the 286 were rated much below average or below average.

As but a single example, Heritage Hall Blacksburg is currently rated one star (Much Below Average) for staffing by Medicare. Registered Nurse (RN) hours per resident per day at the Blacksburg facility is a tick worse than that of COVID-19 tragedy-stricken Canterbury Rehabilitation and Health Care Center in Richmond. The Medicare staffing ratings for the two facilities are shown below. Patients are in nursing homes specifically because they need care supervised and delivered by registered nurses (RNs). First quarter 2020 payroll reports showed that each offered only 1/3 of the RN hours per resident per day compared to the national average. 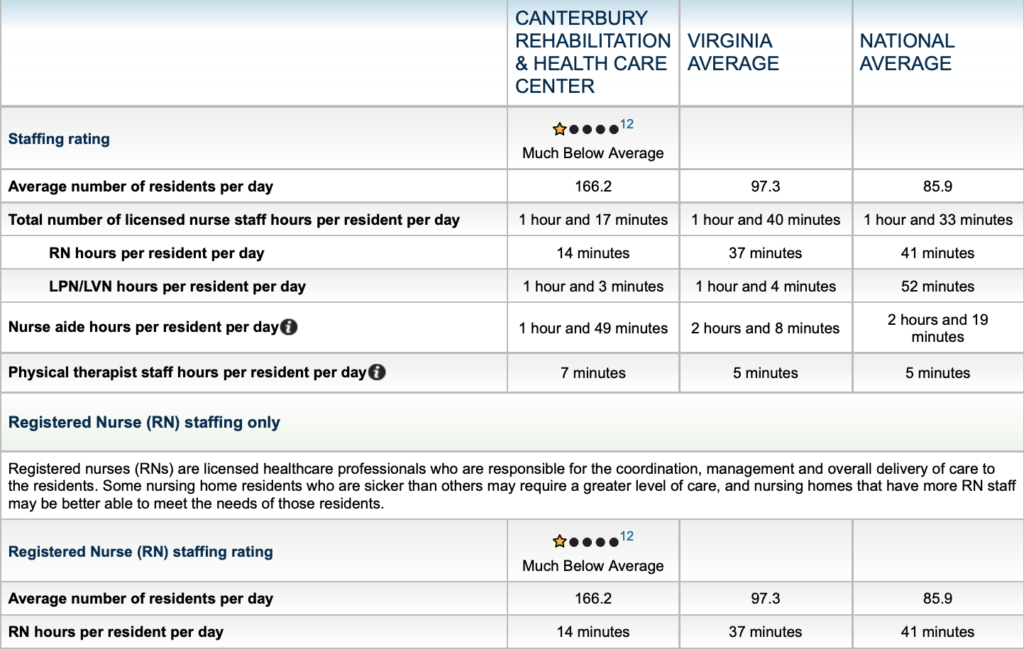 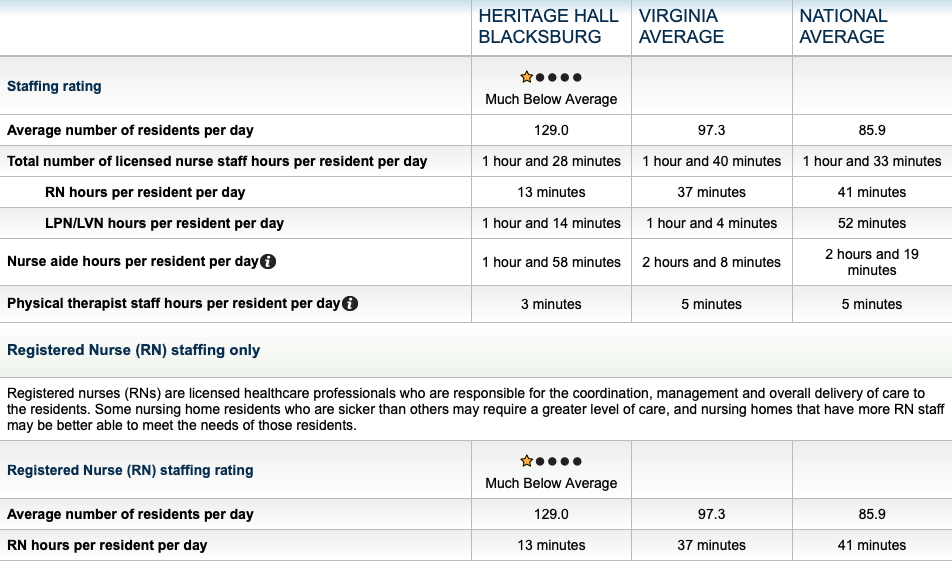 Nursing home residents now are locked in and allowed no visitors. Anyone with knowledge of the system and human nature will tell you that care can deteriorate when a patient is not visited regularly.

Governor, you and your Health Commissioner have statutory authority and responsibility for the health and safety of Virginia’s nursing home residents. Take action.

Please direct your Health Commissioner immediately to dispatch his inspectors to the 42 Virginia nursing homes reported much below average in staffing on March 30. Take immediate action against the ones that are dangerously understaffed.

Remove Mr. East from the Board of Health

This entry was posted in Health Care, Money in politics, Regulation and tagged James Sherlock. Bookmark the permalink.