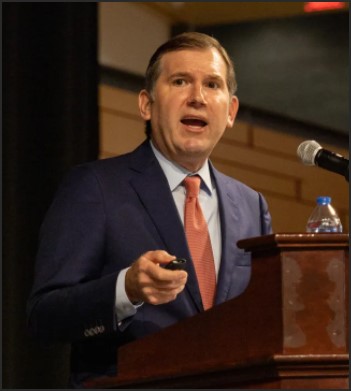 Governor Glenn Youngkin, Republicans, and other critics of the previous governor’s economic policies are not the only ones who are worried about Virginia’s slow rate of economic growth. Jason El Koubi, CEO of the Virginia Economic Development Partnership, finds the Old Dominion’s lagging economic performance to be troubling, too.

Virginia currently ranks No. 47 in its jobs recovery, he said at the Southwest Virginia Economic Forum Wednesday.“ We are one of the most sluggish states in terms of getting back to our pre-employment baseline.” Reports Cardinal News:

This is really concerning, not only because we haven’t recovered but because we’re hanging out with the wrong crowd right now. The states that have ‘powered out of the pandemic’ – North and South Carolina, Georgia, Tennessee, Florida – were not only top growth states before the shutdown, but they’re Virginia’s economic development competitors.

Virginia can boast of an extremely low unemployment rate, but the state has seen a “precipitous drop” in labor force participation. Before the pandemic, 66% of working age adults worked. That percentage has dropped to 63% — well behind most of its neighbors.

El Koubi did not proffer an analysis of why Virginia’s economic recovery was so weak.

The silver lining was that Southwest Virginia, including Wise County where the conference was held, has rebounded economically faster than the rest of the state. After suffering the loss of more than 27,000 jobs in March/April 2020, the region saw employment return to pre-pandemic numbers this March, El Koubi said, while Virginia as a whole is still down by 3%, or 150,000 jobs.