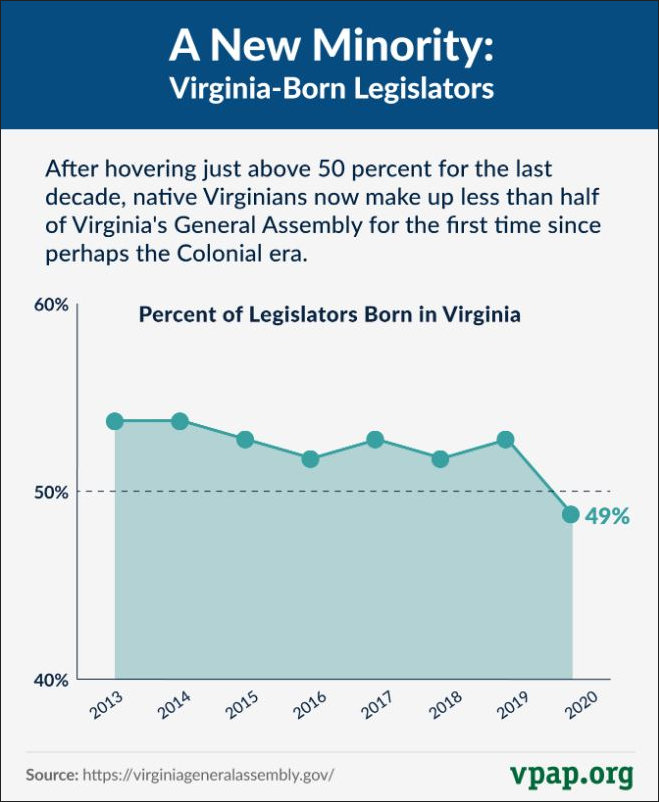 Want more proof that Virginia is turning into New Jersey? The percentage of Virginia-born legislators in the General Assembly has declined to 49%, according to data published by the Virginia Public Access Project — with the biggest jump taking place in the last election. I don’t know how many out-of-state legislators were actually born in the Garden State, but I’ll wager that most of them come from states north of the Mason-Dixon line. As a consequence, we are now engaging in serious debates over such things as $15-per-hour minimum wages and ending the Right to Work law.

Darn those Yankees! Of course, as my Tarheel wife never ceases to remind me, I am technically a Yankee myself. I was born in New London, Conn. — in the hospital across the river from the submaine base in Groton, where my dad was stationed. Moreover, my mother’s side of the family is from New Jersey, and my dad’s side is from Delaware. But that doesn’t count. Because.