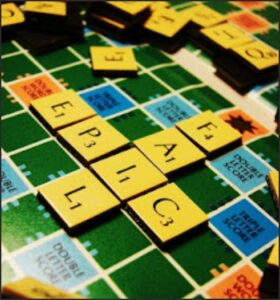 The recent dust-up concerning the fate of the Arthur Ash Jr. Athletic Center is, in the words of the great baseball philosopher Yogi Berra, “déjà vu all over again.”

Richmond Mayor Levar Stoney is once again pitching a big can’t-lose — this time promising a brand new mini-city complete with state-of-the-art baseball stadium, restaurants, retail shops, microbreweries, and apartments for both the rich and unrich.

Because those who don’t know their history are doomed to repeat it, I am obliged to offer this sad and shameful history lesson about a 2012 “big can’t-lose deal” involving previous Richmond City Mayor Dwight C. Jones, the pro football team now known as the Washington Commanders, the Bon Secours Health System and the city’s Economic Development Authority.

Blinded by the glitz of Washington team owner Dan Snyder’s PR folks and many local cheerleaders, the very people charged with protecting Richmond’s public-school children decided to sacrifice them instead.

Giddy with the thought that an NFL team might come to Richmond, City Hall denizens used the 1917 historic school to anchor the deal. The plan was to transfer primo Westhampton real estate to Bon Secours and use the money to build a multi-million-dollar, state-of-the-art training facility with pristine turf for the team.

In return, Bon Secours would build and operate a sports clinic at the team’s field and a neighborhood health clinic in the underserved East End. It took Bon Secours nearly a decade to fulfill the promise until local business leader Steve Markel lost patience and publicly complained. To be sure, there was plenty of old-fashioned backslapping by the Economic Development Authority members and city officials spewing pie-in-the-blue-sky promises that never materialized for local businesses or taxpayers.

And, in a move that truly stupefied taxpayers, the city even agreed to pay the NFL team, then one of the world’s richest sports franchises, valued at $3 billion, a ridiculous tribute of $500,000 a year to help offset their costs of coming to Richmond for a three-week training camp once a year.

Proving themselves to be colossally bad not only at deal-making but also basic math, the City of Richmond’s wheeler-dealers leased the Westhampton School property to Bon Secours for only $33,000 a year for 60 years, thereby cheating the schools (and the city) out of tens of millions of dollars that would have been realized had the property been sold on the open market, according to local realtors.

They did this, according to one city administration staff member, to get around the 2008 ordinance approved unanimously by Richmond City Council — clearly stipulating that payments arising from the “sale” of “school properties” would be placed in a reserve fund and “only used for either new school construction or for the capital repair and renovation of existing school properties.”

Now, a decade and millions of dollars later, Mayor Levar Stoney is stepping up to the plate on this baseball deal with two strikes – the Navy Hill and the Richmond casino — and the score lopsided against him. With his political future on the line, he is swinging for the fences.

To achieve this, Stoney has gotten the interim city attorney to throw a spitball of legal jargon to confuse the public and the media and to lend a patina of propriety to the city’s latest attempt at pulling off a steal of a deal. Like the disastrous Washington team deal, this new scheme would deny Richmond Public Schools much-needed money to repair decrepit buildings.

Meanwhile, members of Team Stoney are spinning PR nonsense suggesting that school officials were upset over the Washington deal simply because city kids did not get to play on the field as much as they had hoped. In football, that’s what’s called a fake handoff.

Wrong. Seriously wrong. Just do the math, folks — a $30 million property and an ongoing obligation to pay an out-of-state billionaire $500,000 annually were exchanged for a lease valued at about $4 million, some empty promises of revenues for local businesses, and the chance for a few people to stand while watching some pro football players practice.

In this latest deal, rather than use the real estate of an actual school, the mayor wants to use school property — the 6,000-seat Arthur Ashe Athletic Center in Northside on Arthur Ashe Boulevard. A May 13 letter from interim city attorney Haskell Brown tries to justify the mayor’s scheme. Writing to the School Board’s attorney, Jonnell Lilly, Brown asserts that because the city has “title” to the Ashe Center and the land it occupies, the School Board has no say in what happens to it and, significantly, the school system is not entitled to anything from the sale.

Wrong again. Not only does the letter ignore two (!) Richmond City Council ordinances, (click here to read the 2008 Ordinance and here to read the 2013 Ordinance), but it attempts to bolster the city’s position by bizarrely citing a 1906 Jim-Crow-era decision which states “a school is a place of primary instruction, an establishment for the instruction of children; as a primary school, a common school, a grammar school.” Brown pretends that the ordinance and the applicable state statute apply only to actual schools, when in fact they apply to “school property.”

Brown’s letter blithely states that “the city built the center in 1982” and “at some point the School Board began operating the center, seemingly without any contractual arrangement or other authorization for such operation.” Brown further asserts that because the Ashe Center has been used for a variety of community events, not just school-related events, it ceases to be a school. He makes it sound like no one was paying attention and the School Board stupidly took on the city’s obligation to pay for the Ashe Center, which is really a community center.

But there is a logical explanation concerning why the School Board has been paying all expenses for the center and has had exclusive management of the center for four decades now: The School Board is doing its legal duty and members are fulfilling their oaths of office.

While Brown’s missive admits that the Center “has served … as an athletic facility for students in Richmond Public Schools,” he argues that, because the School Board has allowed the center to be used for events benefiting the community (for example, politician Bernie Sanders drew a large rally crowd there), those uses somehow disqualify it from being “school property.”

There is exactly zero legal support for that argument. Everyone has witnessed their children’s schools being used for community events as opposed to strictly student events, and neither the Virginia Code nor the cited ordinance nor any case law recognizes such non-educational uses as transforming school property into non-school property.

Most egregiously, Brown’s letter ignores a judicial decision right on point. To quote Ring Lardner, “You could look it up,” Mr. Brown. The case is Bacon v. City of Richmond, in which the city asked the U.S. Fourth Circuit Court of Appeals to rule that it did not have to pay to bring schools into compliance with the Americans with Disabilities Act (ADA) because cities really have no control over school property. The court obliged the city and held that the “School Board is the legal entity charged with the care, management, and control of school property.”

Writing for a unanimous panel and citing Virginia Code § 22.1-79(2), Judge J. Harvie Wilkinson III stated that it is the duty of the School Board to “care for, manage and control” school property and “provide for the erecting, furnishing, equipping, and non-instructional operating of necessary school buildings and appurtenances.” Therefore, the city had no responsibility to pay for ADA improvements; that cost was 100% on the School Board.

In the case of the Ashe Center, the School Board uses the center as an athletic facility, an overflow facility, an event space, and an emergency relocation area —part and parcel of the “non-instructional” properties of a school district under Virginia law.

Again, as stated in Bacon v. City of Richmond, “the City of Richmond has no power to … control the day-to-day operation of local school buildings and their services and programs.” The court concluded that the city has “bare legal title” to school property, the way the trustee of a deed of trust has bare legal title to your home if you have a mortgage. But you have “equitable title,” which is all the benefits of ownership. The trustee is not the homeowner; you are.

So, Mr. Interim City Attorney, don’t tell us that the city has no obligation when it comes to shouldering the millions of dollars of expenses for our school’s adding ramps and elevators required by the ADA, but then has the exclusive right to sell the school district’s athletic facility and pocket all the proceeds. As lawyers like to say, “a party can’t blow hot and cold at the same time.” You can’t assert one legal position when it benefits you, and then, when it suits you better, deny that position and assert the exact opposite.

Since Stoney has affirmed his support for the legal skills of the interim City Attorney on this matter, I am betting Judge Wilkinson knows more about the law than they do.

The Arthur Ashe Center belongs to Richmond Public Schools and can’t be taken away by Stoney or by City Council. City Council — and the citizens they represent — must insist on upholding both the letter and spirit of the law.

Consequently, we, the people, need to play hardball and not allow our mayor (or any other interest) to cheat the School Board out of money it desperately needs to fix our children’s public schools.

Carol A.O. Wolf is a former member of the Richmond School Board. This column has been republished with permission from her blog, Save Our Schools.