Thumbs Down on One Amendment, Thumbs Up on the Other 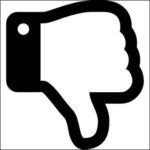 Bacon’s Rebellion doesn’t do candidate endorsements — this is a public policy blog, not a political blog. But we do express our preferences for and against proposed constitutional amendments. And it happens that there are two proposed amendments on the ballot this year. The first one reads:

Should a county, city, or town be authorized to provide a partial tax exemption for real property that is subject to recurrent flooding, if flooding resiliency improvements have been made on the property?

And the Bacon’s Rebellion answer is, “No.” As a guiding principle, we oppose special exemptions and carve-outs from taxes. Taxes should be applied consistently across the population. Granting breaks to one group encourages other groups to lobby for special treatment as well. The accumulation of exemptions over time erodes revenues, which forces tax rates higher.

In rare instances the benefits of a tax exemption may be so compelling that the general principle can be ignored. This is not such a case. The idea behind the amendment is to reward property owners for making properties subject to recurrent flooding more resilient. A classic example would be to lift houses onto stilts.

My question is simple: Why would we want to encourage anyone to build or rebuild in a floodprone area, no matter how resilient the construction? There is a much better way to give property owners an incentive to make their buildings more flood resistant — it’s called flood insurance. Government should stop subsidizing flood insurance and make people pay for the risk they’re taking when they build in areas subject to periodic inundation. You’ve made your house more flood-proof? Fine, get a break on your flood insurance rates — not your property tax bill.

Making an individual property more resilient does nothing to make the government infrastructure serving that property more resilient. If anything, local governments should make property owners pay higher property taxes for locating in floodprone areas so they can afford to pay for hardening and repairing the roads, bridges, and utilities that make those areas habitable. Granting tax relief is the diametric opposite of what needs to be done. This proposed constitutional amendment is a fiscal folly that would only compound growing liability in coastal areas. 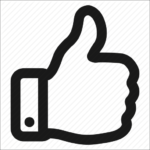 The second amendment reads as follows:

This amendment also violates my stricture against tax exemptions and carve-outs. And there is no compelling public benefit that would warrant an exception. So, I see no logical reason for the amendment. But I support it anyway on purely emotional grounds.

I have seen veterans permanently disfigured and disabled from IEDs, and I feel strongly that there is no way our society can fully compensate them — or their families — for their sacrifices on behalf of our country. Granting a property tax exemption to surviving spouses is big gesture affecting a relatively small number of people. There is no moral hazard here. The subsidy won’t encourage soldiers to run off and get hideous war wounds. Women won’t start marrying disabled vets so they can get a tax break after their husbands die. Unlike subsidies for property owners in floodprone areas, we won’t get more of what we don’t want. So, although I harbor strong reservations about the amendment, I’ll still vote for it.

This entry was posted in Elections, Taxes. Bookmark the permalink.