It’s been frustrating the past couple of days. Attending a family funeral in Wilksboro, N.C., I’ve been unable to respond to the tremendous ruckus created by Steve Haner’s past three columns. Great job, Steve. Keep up the rabble rousing! I’m back now, though, and I’ve been catching up on my reading. And the story the caught my eye was an article in Saturday’s Wall Street Journal describing the increasing grip of street gangs like MS-13 and Barrio 18 on the countries of El Salvador and Honduras. 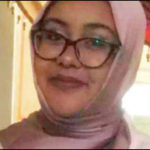 Reading about the Central American caravans working their way through Mexico toward the United States, I’m struck by two conflicting impulses. The first is humanitarian. It’s impossible to hear the migrants’ stories without feeling compassion for their plight. They live in countries where the bad guys fought the law and… the law lost. The WSJ tells how street gangs rob, extort and murder with impunity. The murder rate in El Salvador is twelve times that of the U.S. Who would not want to flee such places in a desperate search for a better life? Who could blame these people for seeking asylum?

The second impulse is to say, No way, Jose. If the migrants manage to make it into the country, where do you think they’re heading? Well, it turns out that there are three main concentrations of Salvadorans in the United States — California, Long Island, N.Y., Maryland/Virginia, mainly in the Washington metropolitan area. When immigrants come to a new country, they don’t settle at random. They head to locales where people from the same villages and districts have already settled. Many would land in Virginia. 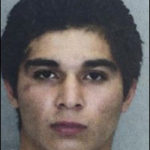 And what kind of people would those immigrants be? The media feeds us photographs of mothers with young children, portraying the caravans as brigades of baby strollers. President Trump speaks of young men capable of violence, conjuring images of the hoodlums who stormed the barricades at the Guatemalan-Mexican border. Trump and the media both have their own political agendas. It’s hard to know whom to trust. I suspect that both capture a piece of the truth.

I err toward the side of caution. Set up facilities and procedures for processing claims of people seeking asylum. But make it clear that people enter the United States on America’s terms, not those of the asylum seekers. The U.S. has an obligation to weed out gang members who might prey upon their fellow Salvadorans — or Americans such as Nabra Hassanen, a 17-year-old Muslim girl who allegedly was beaten and raped in Sterling by a bat-wielding member of MS-13, Darwin Martinez Torres. Surely there is a way to provide sanctuary to asylum seekers while also keeping out murderers, extortionists and rapists.

This entry was posted in Crime , corrections and law enforcement, Immigration and tagged James A. Bacon. Bookmark the permalink.