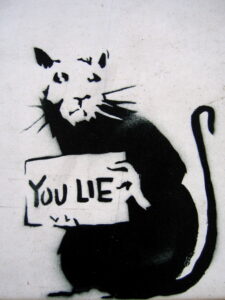 When The Washington Post published an article four days ago claiming that “all 133 Virginia public school division superintendents” had called upon Governor Glenn Youngkin to end his campaign against “divisive” concepts in schools, only two media outlets in Virginia questioned the veracity of the statement. One was Kerry Dougherty’s blog, Kerry: Unemployed & Unedited (republished in this blog). The other was WJLA-Channel 7.

Yesterday Dougherty picked up on a statement buried in a WRIC-television news report — “Kiser clarified that the letter was crafted and adopted by the 12 member board and doesn’t necessarily reflect a consensus among all of its members” — that triggered her journalistic spidey senses. What were the odds, she asked, that 133 school superintendents would unanimously endorse a letter critical of Youngkin’s education policy?

More reason to question the argument that Virginia’s school superintendents were “unanimous” in their opposition to Youngkin appeared in an article published by WJLA today. The television station quoted Youngkin as saying, “It’s my understanding that in fact there was not a vote, this was a board of an association that wrote a letter and mischaracterized the support they had for that letter.”

Apparently, the school superintendents it contacted were not willing to be quoted by name. But they did give a different story.

“It was a surprise to read a letter that presumed my agreement in the Washington Post as reported through various news sources,” one Virginia superintendent told the station. “I think several of the superintendents in the state were a little surprised that we were attributed to something that we had not seen.”

“I was not made aware of the letter prior to it being sent and I would say I’d certainly appreciate it being consulted with prior to the letter going out indicating a representation of my — and along with my colleagues across the commonwealth’s — views,” said another superintendent. “If there is a letter going out on my behalf I would certainly appreciate and expect to know exactly what that letter says before its being distributed.”

Therefore, be it resolved, that Campbell County Public Schools will not teach Critical Race Theory. Nor will CCPS implement the use of divisive materials to supplement board-approved curriculum materials, including the use of the 1619 Project…. In accordance with Governor Youngkin’s Executive Order Number One, no concepts in violation of Title IV and Title VI of the Civil Rights Act of 1964 will be taught including, but not limited to, the following concepts: (i) one race, skin color, ethnicity, sex, or faith is inherently superior to another race, skin color, ethnicity, sex, or faith….

It’s a safe bet that the VASS letter does not reflect the sentiments of Campbell County’s school superintendent.

There’s more to the story that even WJLA didn’t get into. Guess who is the president of the superintendents’ association. It’s Scott Braband, superintendent of the Fairfax County Public School system. The same Scott Braband who will be stepping down from his Fairfax County job in July to become executive director of VASS. The same Scott Braband who has been a leading practitioner of a body of thought, commonly referred to as “critical race theory,” which contends that schools are systemically racist.

Most controversially, Braband scrapped the merit-based admissions tests for the elite Thomas Jefferson High School for Science and Technology in order to bolster admissions of Hispanics and Blacks. Fairfax County Public Schools is appealing a reversal of a court decision blocking the new admissions criteria. In other action, FCPS has sued to block a Youngkin-backed law prohibiting mask mandates in schools.

Any honest reporting of the letter would have provided this political context.

But that would require The Washington Post and other mainstream media outlets to be interested in engaging in honest reporting as opposed to pushing fact-deprived partisan narratives.

I’ve been checking the daily news clips aggregated by VA News, and have yet to see a single media outlet (other than WJLA) provide any corrections, clarifications or updates to the VASS letter.

Mission accomplished. Only a tiny percentage of Virginia’s population will view WJLA television, read Dougherty’s blog or check in with Bacon’s Rebellion. The lie is destined to become “settled” fact.

This entry was posted in Education (K-12), Media and tagged James A. Bacon. Bookmark the permalink.