The Road to Hell… 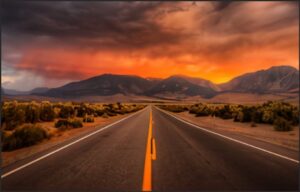 About eighteen months ago Richmond Mayor Levar Stoney remarked that the removal of Confederate statues would not cost the city’s taxpayers any money because non-profit donors would provide the funds. About the same time the Mellon Foundation announced a $250 million grantmaking effort “to reimagine and transform commemorative spaces to celebrate America’s diverse history.” Translated to plain English, the Foundation was giving Stoney and others the money they want to destroy Confederate monuments and promote cultural genocide against the south.

According to Luke Rosiak other “charitable” foundations—Kellogg, Ford, Rockefeller, and Carnegie—are the chief donors to Democrat school board election candidates seeking to disseminate Critical Race Theory throughout America’s educational system. Although such foundations are supposed to be do-gooders, they were typically organized to avoid inheritance taxes for family decedents. They are staffed by cultural elites whose conduct underscores the ancient wisdom: “Idle hands are the devil’s workshop.”

Although we all treasure memories of some teachers from our youth, today’s education majors enter college with the lowest College Board scores of all disciplines, but graduate with the highest grade point average. After graduation they start their careers in a system corrupted by teachers’ unions that are determined to avoid responsibility for job performance but simultaneously demand that pay be based on seniority and nearly worthless academic credentials rather than competence. Even though only 25% of high school students are proficient at reading, nearly all teachers typically get “outstanding” job performance reviews. The unions always claim that the solution for poor student performance is more money for teachers and administrators. Even though many teachers are not union members, they seldom object to union agendas.

Few Americans realize how much taxpayer money is spent on education. Consider Washington, D. C., a place where reading proficiency is even under the low national average. Washington spends $30,000 per child on public education. That means that taxpayers are paying $120,000 a year to educate the children of a family with four students in school. If it is a single-parent family, the $120,000 figure is not only larger than the family pays in taxes but is also likely even larger than the breadwinner earns in income. Consider that if the $120,000 were directly paid to the parent, he-or-she could hire a PhD to come to the home each day to tutor the family’s four children.

The teachers’ unions are presently obsessed with lecturing about so-called racial equity — a euphemism for Critical Race Theory — to pretend that they are doing something both noble and useful while disguising their failure to teach reading, writing, arithmetic, and other useful disciplines. Organizations like the Southern Poverty Law Center provide them with essays that will satisfy the currently low standards for a class reading. Yet the essays are nothing more than indoctrinations into Critical Race Theory, so-called antiracism, and identity victimhood. Simultaneously, the USA ranks 30th in math proficiency out of 36 industrialized nations.

The obsession with race has led the teachers’ unions and their race-hustling allies into a place where they really don’t know what they want. They sometimes simply argue against the status quo. According to Rosiak, one school board concluded that their “special needs” classes should reduce the number of blacks because they were an excessive share of such students thereby racially stigmatizing black children. Another school district concluded that they needed more black students in the “special needs classes” because an increase yielded extra taxpayer funding for the district.

If you want to keep Critical Race Theory and other poisonous doctrines that demean America’s traditional values of equality of opportunity and personal responsibility out of public schools, vote against all Democrat candidates in your local school board elections.

Phil Leigh publishes the Civil War Chat blog. This column has been republished with permission.

This entry was posted in Culture wars, Race and race relations and tagged Phil Leigh. Bookmark the permalink.