The Impact of English Language Learners on Virginia Public Schools 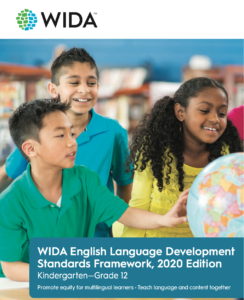 We will briefly discuss here English learners in Virginia schools and the enormous impact they have. They truly offer to enrich the experience of all kids in our schools, but they need a lot of help and there are a great many of them.

There were 104,411 English learner students enrolled in Virginia public schools in 2020-21, about 8% of the total enrollment. See the breakdown by school division here.

That was down more than 12,000 from the year before, perhaps reflecting COVID-related failures to register for school rather than leaving the state. We are about to find out.

The huge influx of kids on our southern border this year will affect these numbers next month, but we have no idea how much because we don’t know where they have gone.

A lot of these kids, in addition to the challenges of language barriers, are also what are designated Students with Limited or Interrupted Formal Education (SLIFE). VDOE does not yet collect data on that sub-group.

It is easy to predict that those kids may have had a harder time with remote learning than native English speakers. In recognition of that problem, English learners were given priority for return to school in person in some districts.

Federal and state English learner programs provide vital support to schools and the children they serve, and we all depend upon their proper and effective functioning.

Those kids as a group will need extra help in the upcoming school year. We hope it will be there.

Federal Programs. Federal funds are distributed to Virginia schools under various Titles and Parts of Elementary and Secondary Education Act (ESEA) of 1965 as amended.

Because this is federal money disbursed and used under federal rules, it is up to the Virginia Department of Education and the school districts to monitor the success of the programs at the individual school levels and report up the chain.

State and Local Rules and Funding. State and local money extends the federal contributions at various levels depending upon the program.

The Code of Virginia addresses English Learner education in the following

Teachers. The Virginia state regulation on an endorsement to qualify teachers of English as a Second Language are contained in 8VAC20-23-350

Virginia is a World-Class Instructional Design & Assessment (WIDA) Consortium member and subscribes to the WIDA English Language Development Standards Framework, 2020 Edition, Kindergarten—Grade 12. The overarching goal is to teach language and content together.

There is in Virginia a chronic shortage of teachers with the proper training.

Bottom line. This teaching is vital.

We hope it does not get lost in the overwhelming amount of churn in every other instructional program in Virginia as a result of the last two General Assembly sessions and subsequent VDOE rule making.