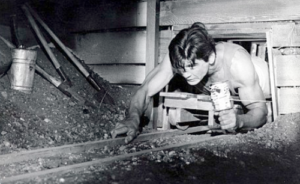 Scene from “The Great Escape”

Fletcher Norwood has made his great escape. It feels, he says, as if he’s broken out of a German stalag and been elevated to Winston Churchill’s aide de camp. When he resumes teaching in August, he’ll no longer be consigned to the high-poverty Title I high school where he has been teaching the past several years. He’ll join a school in a neighboring county where he expects most students will be motivated to learn, classroom behavior will be manageable, and administrators will have his back.

Norwood, whose experiences I have chronicled in previous columns, has a lot of company. Teachers have staged what can best be described as a mass breakout from Virginia’s failing schools: retiring, transferring to other schools and districts, or just quitting the profession altogether in unprecedented numbers.

Based on extensive word-of-mouth, Norwood (not his real name) estimates that one quarter to one third of all the teachers have resigned from his old school this year. The school he’s going to is close to fully staffed. “I got a job in a better county that is reaping the benefit of poorly run counties that are losing teachers,” he says.

If past performance is any guide, the old school has zero chance of replenishing its ranks when classes resume in mid-August. The school is already a severe academic under-achiever. The teacher shortfalls next school year will compound the problems that drove away so many teachers this year.

Norwood’s old Title I school is caught in a vicious cycle. From his description, I don’t see how school or district management can interrupt the downward spiral. Sadly, teacher shortages are a statewide phenomenon. There are dozens of other schools like it.

In their desperation, schools and districts are offering sign-up bonuses to recruit the handful of uncommitted teachers out there. But the bonuses won’t help anything, says Norwood. Schools will just poach teachers from one another. They won’t bring new teachers into the system.

Money is not the root problem for dedicated teachers, says Norwood. They teach because that’s what they love doing. If they wanted more money, they could follow an administrative career path and make a lot more. No, they are leaving because their jobs have become unbearable.

In his case, Norwood cites two factors. The first is the impossibility of maintaining order in the classroom, which I have described in detail in previous columns. Many students have no motivation; they see no point in attending school. They have fallen so far behind that they can’t perform grade-level work in any case. When they aren’t skipping class, they are totally tuned out (often listening to music on their smart phones or engaging in social media) or actively disruptive. He spends too much time maintaining order, not enough teaching. Administrators have stacked the system so that it’s nearly impossible to suspend a kid or flunk him. They have many ways of manipulating the system to make it appear that students are showing individual progress, so the official statistics don’t reflect the reality of what’s happening.

Everyone knows that hundreds of students at his old school aren’t meeting grade-level standards, but everyone pretends they’re learning, and students are promoted regardless. The system is a fraud.

The looming collapse was evident before the COVID pandemic, but the COVID-driven shutdowns accelerated the negative trends. Students lost ground in their “social-emotional learning” — they had no idea of how to behave in school — and they forgot what they once knew. For teachers, classrooms this past year became more stressful than ever. They’re burned out.

A compounding factor for Norwood was the attitude of his school district. He tried repeatedly to transfer to a better school in a more affluent part of the county. “They told me my experience was no longer valuable to them,” he says. “To maintain an equitable hiring practice, they couldn’t give preference to current employees. So, my years of experience with the county counted for nothing. My reaction was, why would anyone continue working for this county?”

“The scary thing is, the majority of teachers leaving the profession are the veterans,” Norwood says. “There’s going to be a whole lot of new fresh, green teachers. It means they can be indoctrinated in the terrible policies that made the experienced teachers leave in the first place.”