The Abortion Hypocrisy of Glenn Youngkin 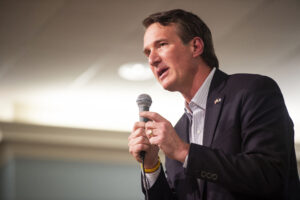 Governor Youngkin recently told a forum organized by The Family Foundation that life begins at conception. I agree with that statement.

He went on to say that he wanted to “protect life.” However, he said that he would be willing to settle for a bill that prohibits abortions after 20 weeks of pregnancy.

According to the CDC, there were 15,582 abortions in Virginia in 2019, the latest year for which there is data. (If the abortion data is included on the Virginia Department of Health website, it is well hidden.) Of that number, only 90 (less than one percent) were performed after the 20th week of pregnancy. If life begins at conception, as the Governor says he believes, why aren’t those almost 15,500 lives that were aborted (killed) before the 21st week of pregnancy as valuable as the 90 lives that would have been spared under the Governor’s policy?

Granted, if only one baby is spared, that would be worthwhile. And, Youngkin admitted that the 20-week cutoff was not the “bill we all want.” But, why not start off with “the bill we all want” and compromise from there, if there is a need to? For one thing, it is not clear the Governor knows what bill he wants. As The Washington Post reported, “Asked how the governor would define ‘the bill that we all want’ and whether that would be a total ban on abortion, Youngkin spokeswoman Macaulay Porter did not answer directly.”

If Youngkin is willing to sacrifice more than 15,000 lives without a fight, then it is clear that his main concern is not aborted babies. It is all about politics. He wants to be able to tout his ability to get an abortion limits bill out of a divided General Assembly (even if it accomplishes little substantively), thereby raising his national profile in his little-concealed ambition for national office.

If Virginia Democrats are smart strategically, which they don’t seem to be lately, they will take Youngkin’s offer and support a bill prohibiting abortion after 20 weeks of pregnancy. That way, they would undercut one of the Republicans’ main talking points for the next election, the Governor would get a boost in national recognition and he would get distracted and spend a lot of time next year out of state chasing the siren song of the Presidency, and abortions could continue at virtually the same level as before.

This entry was posted in Abortion, General Assembly, Politics and tagged Dick Hall-Sizemore. Bookmark the permalink.