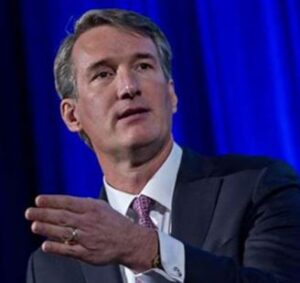 I can only laugh at the headlines and statements being made by the media and climate alarmists about Gov. Glenn Youngkin’s efforts to pull Virginia out of the Regional Greenhouse Gas Initiative (RGGI).

The headline “Returning Millions to Virginia” really grates: The state takes money out of the consumer’s pocket with the RGGI tax, divides it up among cronies and supporters by issuing contracts for various studies, and then somehow claims a victory for the consumer! I guess the politicians assume you and I don’t need the money.

In the two years since former Gov. Ralph Northam implemented this tax, the state has collected over $500 million from consumers via this back-door tax embedded in our electric bills. Can you imagine the outrage if Dominion Energy had over-collected that much!

Further, the claims of reducing health costs and helping to weatherize homes are simply ridiculous. “Come on man,” I’ve been hearing these claims since the oil embargoes of the 1970’s. I would bet my dog that if you added up all the deaths supposedly avoided thanks to proposed government regulations over the last 50 years, the average John/Jane Doe’s lifespan would be 110. But sadly we are the only Western country with a declining life expectancy.

If our elected officials believe the projects to be funded by the RGGI tax have merit, then they should be funded through the state’s General Fund. However, the 5% overhead charge by the Virginia Department of Environmental Quality to manage RGGI is clearly outrageous.

I propose a straightforward solution to end these so-called “feel good” taxes (like RGGI) or legislation (like the Renewable Energy Portfolio Standard or RPS).

1) How much will the global temperature be reduced by these taxes/laws?

2) How much will the water levels in the Chesapeake Bay be reduced by these taxes/laws? and

3) When will these reductions happen?

For too long these simple questions have been ignored and pushed aside by the climate alarmists and elitists who claim, “It’s too complex,” “it’s not that simple,” or (in their grand fallback position) “we must do something to save the world.” Honestly, I would be shocked if the climate alarmists would respond with anything in writing.

In my mind, if the state is collecting hundreds of millions of dollars in RGGI taxes each year and has created an RPS mandate that could double our electric rates, then I believe the “end results” must be quantified and tracked to measure any success or failure.

Better yet, just let the consumers keep their money in their own pockets and please support Governor Youngkin’s efforts to repeal RGGI.

Colin M. Kelly, PE, is an engineer in Norfolk.