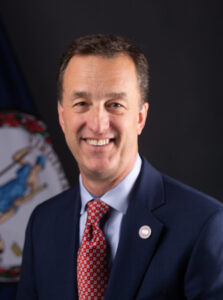 One of Governor Youngkin’s “Day One” actions was the establishment of the Commonwealth Chief Transformation Officer as a member of his cabinet, along with the Office of Transformation within the Office of the Governor.  Executive Order Number Five lays out the functions of that official and his office:  “The primary responsibilities of the Commonwealth Chief Transformation Officer will be to help build a culture of transparency, accountability, and constructive challenge across our government; ensure employees at all levels of government are reminded that our government works for the citizens of Virginia….”

Eric Moeller was appointed the Commonwealth Chief Transformation Officer.  In building “a culture of transparency,” I suggest that Mr. Moeller start on the fifth floor of the Patrick Henry Building where the Office of the Governor and offices of cabinet members are located.  The first order of business should be a class on the basic requirements of Virginia law regarding transparency and accountability.

Identifying myself as a contributor to Bacon’s Rebellion, I recently submitted a request to the Governor’s press office for copies of the resumes and other information regarding some of the Governor’s appointees.  The state’s Freedom of Information Act (FOIA) gives government agencies five days to respond to such requests.  After more than five days had passed, I followed up on the request, reminding the staff member of the FOIA timeline.  The response was, “I was not aware this was a FOIA request as it was never indicated to be so in your email and was treating it as a media inquiry.”   The responsive e-mail noted that my request was being forwarded to a specific FOIA e-mail address.

There are several things wrong with this response, as I was taught in my FOIA 101 training many years ago.  The primary section of the FOIA (Sec. 2.2-3704) stipulates that “all public records shall be open to citizens of the Commonwealth, representatives of newspapers and magazines with circulation in the Commonwealth….”  Furthermore, “The request need not make reference to this chapter in order to invoke the provisions of this chapter or to impose the time limits for response by a public body.”  There are exceptions to the requirements and provisions for an extension of the deadline.  However, the agency is required to respond by either providing the requested material, citing an exemption, or requesting an extension.  In summary, any citizen is entitled to a copy of public records, or a response to his request, within five days of submitting that request.  Such a request does not have to invoke the FOIA in order for the requirements to apply.  In effect, the FOIA automatically applies to any request.  It is reasonable for an agency to instruct its employees to forward any request for records or documents to a designated FOIA officer, but it is not the responsibility of the citizen to send his request to such officer.  A citizen can submit his or her request to any employee of an agency and the FOIA is applicable regardless of the position held by that employee.

I got the requested documents shortly after this exchange.  In my request, in addition to asking for copies of the documents, I had asked for some clarification, specifically, how a “confidential policy advisor” differs from a “special advisor”.  The Governor’s office responded, “Virginia FOIA provides for access to certain documents when requested with specificity.  It does not provide for interrogatories or free-standing questions.”  I am certainly aware of that, but I assumed that common courtesy and a “culture of transparency” would have resulted in an attempt to answer my question.

The administration is being assailed on other fronts and even being sued over its refusal to turn over certain records.  But, that is over a high profile issue (the school “tip line”) and those bringing the suit are media companies.  For the ordinary citizen whose request is ignored, the issue is likely not going to be worth the time and trouble to pursue.

Youngkin’s administration is certainly not the first to resist FOIA requests.  I had problems with some agencies in the Northam administration and the fights that Jim Bacon and Walter Smith have had over their FOIA requests in the past have been well documented on this blog.  A circuit court recently ruled in favor of a litigant in a suit brought against the Department of Health under Northam.  However, Youngkin has declared that he will be a “different kind of governor” and has appointed a top official with the directive to build “a culture of transparency.”  He needs to educate his staff and cabinet members on the basic requirements of the law.  The Virginia Freedom of Information Advisory Council provides such training.

This entry was posted in Open Government, Transparency, Uncategorized and tagged Dick Hall-Sizemore. Bookmark the permalink.