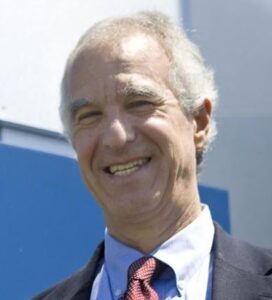 Sidney Gunst, who died last week, was best known as the pioneering developer of the Innsbrook office park in Henrico County — the biggest employment center in the Richmond metropolitan area outside of downtown Richmond. The Richmond Times Dispatch’s Greg Gilligan did a fine job on short notice of capturing Sidney’s inimitable spirit in an article published yesterday. But to those of us who knew and loved him — and we are many — there is so much more to say. God broke the mold when he made Sidney. Everybody has a story to tell about him. I’ll tell just a few of mine.

The thing I loved most about Sidney, aside from his irrepressible sense of humor, is that he was a man of great enthusiasms. He joked about still being ADHD at the age of 70, and there was probably some truth to his self-diagnosis. He was endlessly curious, and he had an incredibly wide range of interests. But he didn’t dabble. When he got involved in a project, he threw himself into it wholeheartedly.

On this blog, I have written about Sidney’s crusade to redevelop the Innsbrook office park for the 21st century. Innsbrook was designed for the autocentric age of the 1980s and 1990s, but the world had changed. Energy was flowing back into the central cities, and he knew that Innsbrook had to change with the times. He spearheaded the effort, which is finally beginning to show results, of converting the vast tract of scattered office buildings and parking lots into a vibrant, around-the-clock, mixed-use community.

But business was only one of his interests.

After becoming financially independent, Sidney immersed himself in the Ayn Randian philosophy of Objectivism. Objectivism is best known as a philosophy of free-market economics, and there is little doubt that Sidney’s interest was informed by his endless battles with nay-saying planners and bureaucrats. But he went deeper, much deeper. Objectivism offered insights into the principles of governance, and Sidney frequently opined upon the brilliance of America’s founding fathers in creating a democratic republic that protected individual rights. Not only was Sidney active in the local Objectivist club, but for years he personally funded a publication of essays, The Objective Standard, that continues to build on the groundbreaking work of Ayn Rand. Sidney loved arguing about politics (always in a friendly way), and you could count on any debate to wind up as a discussion of first principles.

In his personal demeanor Sidney was an optimist, but he was concerned about the direction the country is heading. He saw Big Government as steadily constricting the sphere of human freedom. He worried that Americans’ individual liberties are being steadily eroded.

The 9/11 terror attack was a traumatizing event, and Sidney was concerned that the political tenor of the country was so fraught that the enemy within could cause as much disorder and panic as the enemy without. He spent considerable effort developing a business plan that might be best summed as survivalism for urbanites. His idea was to purchase a tract of land in rural Amelia County and convert cargo containers into solar-equipped homes with water and waste recycling systems, a sanctuary to which people could retreat and live off the grid. I’m not sure why he dropped the idea — I suspect many people of means would have participated in such a program as a form of insurance. But Sidney’s wife Sheila did incorporate ideas from that venture into her own business of custom-building and designing cargo containers as personal dwellings. Her customers aren’t survivalists. For the most part they are people just looking for an indestructible “cabin in the woods.” Still, Sidney was her greatest salesman.

Another Sidney project was to save Richmond’s Monument Avenue statues by converting them from memorials to dead Civil War generals into vehicles for teaching and understanding Virginia history. He was involved with the city commission that studied the future of the statues before the protests last year led Mayor Levar Stoney to tear them down. For a time, the commission was leaning toward the idea of “reinterpreting” the statues. Sidney wanted to build upon that idea by using the statues as centerpieces for documenting, reinterpreting and debating all of Richmond’s history. Indeed, he envisioned Richmond becoming a living laboratory and a global leader in involving the entire community with the reinterpretation of its history.

Advances in digital media were making new things possible. Sidney saw tourists approaching, say, the Lee Statue and using smart phones to summon histories, commentaries, videos, and even Artificial Reality presentations about Lee the man, the artistry of the statue, the historical context in which it was erected, and so on. The sources would be deep and rich, and allow people to explore at multiple levels, and contribute their own scholarship (professional or otherwise) to advance the conversation. It would be an open democratic conversation, not one controlled by elites…. or the mob.

But the statues were just the beginning. He viewed them as the impetus for creating deep dives into other historical sites from the Tredegar iron works to the Lumpkin slave jail to any number of historical buildings or locations. He saw members of the public, from VCU students to retired antiquarians, contributing to the projects. He saw the entire history of Richmond coming alive. He saw new technologies, digital platforms and enterprises being innovated as Richmond pioneered a new way of looking at the past.

Such was not to be. Sidney’s ideas were buried by the nihilism of last year’s protests. He was greatly disappointed and somewhat cast adrift. But, if he had been allotted more time, he would have come up with something new. Of that, I am certain.

Sidney was an atheist, but if he somehow makes it through the pearly fates, it won’t be long before he’s telling God, in the friendliest, most self-deprecating way, that heaven could stand a few improvements. And, by the way, the omnipotent author of creation could be a little more respectful of individual liberties.

This entry was posted in Business and Economy, Entrepreneurialism, Uncategorized and tagged James A. Bacon. Bookmark the permalink.