Should It Be OK For The Police To Lie?

On at least five occasions over a four-year period, Virginia Beach police confronted suspects with fake documents that indicated the suspect had been connected to a crime through DNA evidence.

The documents were forged certificates of analysis, complete with the letterhead of the Virginia Department of Forensic Sciences and the Seal of the Commonwealth. One of the fake certificates was used in a judicial proceeding in which the defendant was denied bail.

The current police chief assumed control of the department in late 2020, after the instances in question occurred. When he learned of the use of fake certificates in April 2021, he immediately issued an order to his department prohibiting the practice.

Subsequent investigation by the Virginia Beach department of police and the Office of Civil Rights of the Virginia Attorney General’s office revealed that, out of approximately 9,600 interrogations during those four years, fake certificates were used in only five instances. From court records, it was determined by the media that two detectives were involved in at least two of those cases. Shortly before leaving office, Attorney General Mark Herring issued a report that included a “conciliation agreement” reached between his office and the Virginia Beach police department in which the department agreed not to use fake documents during the interrogation of suspects,

This summary of events is based on a series of articles published by the Virginian-Pilot found here, here, here, and here. 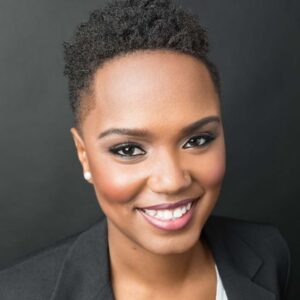 Freshman Delegate Jackie Glass, D-Norfolk, introduced legislation (HB 1281) that would have prohibited police from using, during the interrogation of a suspect, any document containing “a false statement, signature, seal, letterhead, or contact information” or that “materially represents any fact.” The bill was killed in a 5-3 party line vote by a subcommittee of the House Courts of Justice Committee.

The Commonwealth is hardly alone in allowing police to use deceptive tactics in their interrogation of suspects. Indeed, such deception is allowed in all 50 states, although Illinois and Oregon have recently prohibited their use with juvenile suspects, and some state appeals courts, such as the Hawaiian court, are beginning to push back on some of the deceptive practices.

In his statement accompanying the issuance of his office’s report on the Virginia Beach cases, then-Attorney General Herring referred to the practice as “potentially unconstitutional.” It is not clear what he meant by that term because the courts have clearly upheld the use of deception by the police in interrogating suspects. One of the leading cases is Frazier v. Cupp, 394 U.S. 731 (1969). In an unanimous decision by the Warren Court, written by Justice Thurgood Marshall, the court ruled that the use by police of the tactic familiar to anyone who watches police dramas on TV — falsely telling a suspect that his partner has confessed and thereby eliciting a confession from the suspect being questioned — does not constitute a coerced confession.

Furthermore, there is a long line of Virginia cases in which the courts “consistently have held that a lie by a law-enforcement officer ‘does not, in and of itself, require a finding that the resulting confession was involuntary.’” See Arthur v. Commonwealth, 480 S.E. 2d 749. In Arthur, the Virginia Supreme Court dealt with a case similar to the recent cases in Virginia Beach. During an interrogation, the police had shown fabricated fingerprint and DNA reports to a suspect who ultimately confessed. In the appeal, his lawyers conceded that “a verbal lie by the police does not, in itself, invalidate a confession.” However, they contended that the use of false documents constituted a “bright line” that police must not cross. The court declined to draw that “bright line”.

It is worth noting that HB 1281 would not have prohibited all deception by the police. Rather, it would have drawn that “bright line” with respect to false documents.

There are two primary reasons why the use of deception by police can be a  problem. First, such practices can contribute to the distrust of the police in the community. Second, they can result in false confessions.

Building and maintaining community trust is important for a police department. However, nationally, trust in police is at an all-time low. In Virginia, a recent survey of residents in seven Hampton Roads cities found the following levels of trust in the police: “Great deal”—39.3 percent; “Somewhat”—40.9 percent; “Not much” or “Not at all”—19.8 percent. (“Somewhat” does not seem to be much of a vote of confidence.) In announcing his ending of the practice of using false documents in interrogations, the chief of the Virginia Beach police department explained that, although the practice had been found constitutional by the courts, it “was not in the spirit of what the community expects of the Police Department.” Even the Virginia Supreme Court, in upholding the use of fake documents, cautioned, “A deliberate falsehood by a police officer in the course of his duties may undermine the respect that significant elements of the public may have for law enforcement and the system of justice.” Wilson v. Commonwealth, 41 Sec. 2nd 655.  For a libertarian discussion of the dangers that police use of deception has on community trust and support, see here.

The popular perception is that police need to lie during interrogations because a confession is the only way to get a conviction of some who are guilty. As freshman Delegate Wren Williams, R-Patrick, was quoted by the Virginian-Pilot, “How many times has this been used to find out about a murder, find out about a rape, find out about a break in?”

It seems counterintuitive that a person would confess to a crime that he did not commit. However, there is a large body of research into why such a phenomenon is not uncommon. (See here for a summary of that research along with citations to various studies and articles.)

A study conducted by the Innocence Project of 375 DNA exonerations found that false confessions contributed to 29% of wrongful convictions. Police deception played a significant role in the false confessions of suspects in such high-profile cases as the Central Park Five and, here in Virginia, the Norfolk Four. Beyond the well-publicized cases and the relatively few DNA exonerations, there are likely hundreds of innocent persons convicted on the basis of false confessions elicited by police deceptive tactics. As one major researcher points out, the known figures “are regarded as the very small tip of a much larger iceberg because most false confessions and wrongful convictions are invisible —impossible to locate, document, or prove.”

In his comments in the subcommittee in opposition to HB 1281, Del. Williams asked, “Aren’t we supposed to be using the justice system to make it just for our victims?” The answer is that the role of the justice system is to provide justice for victims and for those accused of crimes.