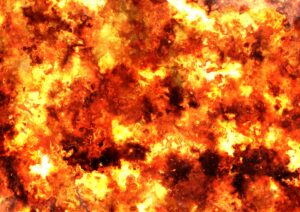 Fiasco. The hasty and chaotic withdrawal of American forces from Afghanistan has shocked politicians from both sides of the aisle.  Virginia’s own Senator Mark Warner, Senate Intelligence Committee Chairman, will work with other committees to investigate how the US was caught off guard by the Taliban’s quick victory. The Hill quotes Warner as saying, “As the Chairman of the Senate Intelligence Committee, I hope to work with the other committees of jurisdiction to ask tough but necessary questions about why we weren’t better prepared for a worst-case scenario involving such a swift and total collapse of the Afghan government and security forces.”  Warner correctly adds, “We owe those answers to the American people and to all those who served and sacrificed so much.”

Warner described the images from Afghanistan as “devastating.”

Framing the question. President Biden’s few defenders on Afghanistan have been trying to shift focus from the execution of the withdrawal to the strategy of the withdrawal. This is nonsense. If you ask someone to put on their shoes and socks you don’t expect them to do so in that order. While most Americans wanted disentanglement from Afghanistan there was no need for a bolt to the exits. There was no military crisis affecting Americans or American troops in Afghanistan until Biden ordered the hasty withdrawal. As Capt. Sherlock wrote on this very blog, “Afghanistan in June of this year was not at peace but it was effectively pacified. Not a single NATO soldier, airman, Marine or SPECOPS warrior had been killed in Afghanistan 18 months. The Afghan army faced little combat opposition.” In other words, American forces in Afghanistan were pretty much in the same situation as in South Korea.

But the Biden Administration ordered a “reverse blitzkrieg” abandonment of Afghanistan by U.S. forces.

The aftermath of withdrawal. Americans trained our Afghan allies to fight in the American style of warfare. A lynchpin of this highly coordinated approach is airpower. As long ago as June 6 it was widely recognized that Afghan government forces would be in peril if the U.S. removed the contractors who kept the aircraft flying.  s NBCNews reported, “Afghan government forces could lose the single most important military advantage they have over the Taliban — air power — when private contractors and U.S. troops leave the country in coming weeks.”

A Defense Department inspector’s general report, completed on Dec. 31, 2020 stated that the Afghan forces would not be able to keep fighter planes, helicopters, cargo aircraft or drones flying for more than a few months with out the U.S. contractors. Apparently the Biden Administration neglected to read the report or simply ignored it.

The contractors left, the Afghan army folded, and chaos ensued.

The excuse machine. The Biden Administration has been quick to make excuses. Some of the excuses illustrate jaw dropping incompetence. Others are eye popping fabrications.

Just a month ago Biden told the American people the prospect of the Taliban controlling the whole country was “highly unlikely.” Yet in an interview today with ABC Biden insisted the chaos was unavoidable. That excuse represents incompetence.

Biden claimed that Trump’s Doha agreement forced Biden’s policy. However, that agreement had a clause that vacated the deal if the Afghan peace talks failed. They failed. Biden chose to stay in it anyway. The AP has a good analysis here. That excuse is a lie.

Biden now is tying to minimize the impact of his administration’s failures. Yesterday, in an ABC interview with George Stephanopoulos Biden claimed, “But, look, b– but no one’s being killed right now, God forgive me if I’m wrong about that, but no one’s being killed right now.” Unfortunately for Biden’s credibility photos surfaced of a woman who was shot and killed by the Taliban for failing to wear a burqa. As long ago as July 12, CNN reported on the Taliban killing of an unarmed woman in the Faryab privince. Out of a sense of charity let’s chalk this one up to incompetence.

The beat goes on. The are at least 10,000 Americans who need to be evacuated from the results of the Biden Administration’s disaster in Afghanistan. Then there are the far more numerous Afghan allies that should be evacuated too.

Today Defense Department Spokesman John Kirby admitted the Department of Defense doesn’t know who or even how many people have been evacuated by the U.S. so far. Some U.S. citizens, some US allies, and some Afghanis have been flown out. He just doesn’t know who or how many. However, it gets worse. Biden’s Secretary of Defense admitted, “I don’t have the capability” to escort stranded Americans to Kabul Airport.

Dear Senator Warner. This has been a disaster of our own making. The Afghans are suffering horribly. Our allies are stunned. One German lawmaker said, “This does fundamental damage to the political and moral credibility of the West.”  Our enemies are emboldened and making threats. “After the fall of the Kabul regime, the Taiwan authorities must be trembling,” Hu Xijin, editor-in-chief of the state-controlled Global Times, said on Twitter.

Please resist the temptation to make your committee’s inquiry a partisan whitewash. America needs to honestly untangle this mess to determine how we could have been so hopelessly incompetent. Let the chips fall where they may.

If the  Chairman of the Joint Chiefs — Mark Milley and/or Secretary of Defense Lloyd Austin need to resign you should call for that. There must be consequences for such an epic failure.

This entry was posted in Defense and tagged Afghanistan, Biden, DJ Rippert. Bookmark the permalink.