Richmond Tax Assessments: Through the Roof 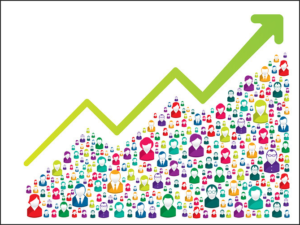 One story you will be hearing about and living through in the next week or so (if you live in the City) is that the new assessment notifications are arriving in people’s mailboxes. And they are literally though the roof.

Some areas are up from 18% in the Westover Hills area and Scott’s Addition to 20% increases in the East End, to 41% in the Fan. Sales of homes in the last year are running super high which is driving valuations.

Richmond is seeing an influx of people moving here from New York, DC and Philadelphia. The normal vacancy rate for homes in the city is usually between 15% and 20%. Right now, it’s around 1%.

And they’re coming here, and they’re buying property, and they have resources to buy properties at a higher value than what we have them assessed for.

Some ideas the City is looking at (or say they are looking at) are a homestead exemption, a scalable tax rate instead of a fixed one, different tax rates for residential versus business, and taxing the land value separately from the building or improvements on it. Some residents are suggesting limits on how much the assessor can raise it from year to year.

Realtor Scott Garnett said he was “perplexed as he compared the 2023 reassessments among all his properties and other neighbors around the city. Seeing the variations and the different numbers and talking to other people, there’s no rhyme or reason as to where the pricing came in at,” he said. His rental properties in the Fan District both went up by more than 20%, but his property in the Arts District didn’t change at all from the previous year.

Assessor McKeithen said each block and street are different and not all properties are the same size, etc. “He pointed to an overall 13.04% increase in taxable real property citywide, comparable to last year’s 13.35% increase. We have very low inventory compared with a high degree of actual individuals who are in the market to purchase properties, with inflation kicking in as well.”
It’s one thing for your property to go up 5% one year, 9% the next, and then 21% the next. The worry starts when your property goes up double-digits every year. Then people get quickly priced out of being able to pay taxes and are forced to sell and move or they go into arrears because they are on a fixed income. I hope those ideas the city is thinking about turn into action sooner rather than later.

Garnett sums it up best when he says he is ok with paying more, but it would also help residents to know more about where the money is going and that it is well spent to help improve the City for everyone.

P.S. — CBS6 also ran a good reminder that if your house has skyrocketed in assessed value in recent years, it’s a good idea to make sure your insurance is up to date and for full replacement cost. One agent said now is a good time to review coverage and while premiums may go up a bit, the cost of having work done on homes in the current market and with inflation is literally, through the roof.

P.S.S. – Of course, you can always file an appeal with the assessor’s office and compare recent sales in your neighborhood to your home’s value (more on this in a week or two), and the City also offers tax relief for the elderly and disabled.

Jon Baliles is a former Richmond City Councilman. This column has been republished with permission from RVA 5X5.

This entry was posted in Housing, Taxes and tagged Jon Baliles. Bookmark the permalink.